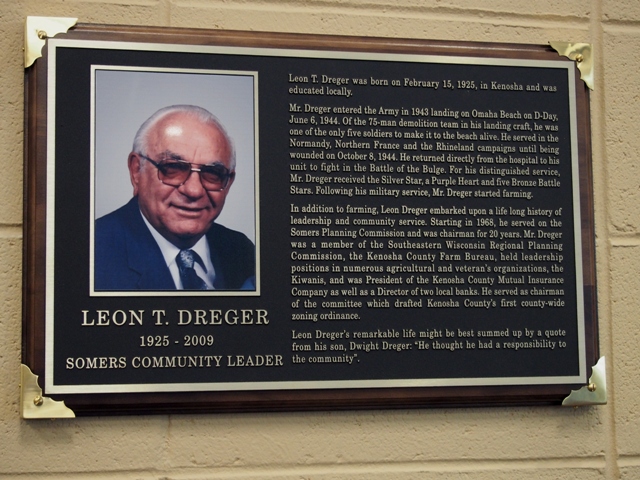 LEON T. DREGER PLAGUE DONATED BY MEMBERS OF THE COMMUNITY
PLAQUE LOCATED ON THE EAST WALL OF THE NEW LEON T. DREGER HALL IN THE SOMERS VILLAGE/TOWN HALL

On September 22, 2015, the family of Mr. Dreger, Village and Town officials, and members of the community attended the dedication ceremony where a commemorative plaque was unveiled of the new Leon T. Dreger Hall.  At the April 23, 2015 Somers Annual Meeting, the citizens voted unanimously in favor of making a lasting tribute to honor Leon T. Dreger by naming its auditorium the Leon T. Dreger Hall.

Dreger served on the Somers Plan Commission starting in 1968, serving as Chairman for twenty years.  In addition, he served on Board positions for Kenosha County and several other not-for-profit organizations.  He was admired by many for giving his time and talent to helping people in the Somers community, and to his country, serving in Normandy and the Battle of the Budge during World War II.  Read more here.

The commemorative plaque was unveiled by Somers Village President, George Stoner and Somers Town Chairman, Ben Harbach. Said Stoner, “may the people of Somers gather in the new Leon T. Dreger Hall with the spirit of friendship, learning, and serving others.  We should all be inspired by how Leon conducted his everyday life as a farmer, father, and neighbor, in addition to his commitment to serving his community and his country.”

Shirley Mandernack, who served on the Town of Somers Plan Commission for 34 years, spoke about her memories of working with Leon Dreger. “One of the things I remember most about Leon was his extensive knowledge of the tile systems on the various farm fields in Somers.  When a zoning or drainage issue came up, he always knew what fields had drainage tiles, where they were, probably who put them in, when it was done, and why!  Believe me, his input was always valuable and appreciated.  I also served with him during the proposed Kenosha airport expansion project.  There were many meetings, discussions, and community input relating to the project; however, the Plan Commission, under his leadership, produced a recommendation document to the Board.  On a personal note, I learned from mutual friends that Leon could dance a mean polka back in the day.  He enjoyed going to Bloxdorf’s Dance Hall on Saturday nights to dance.  So, I say to Leon, keep on dancing, and thanks for all you have done for our community.” 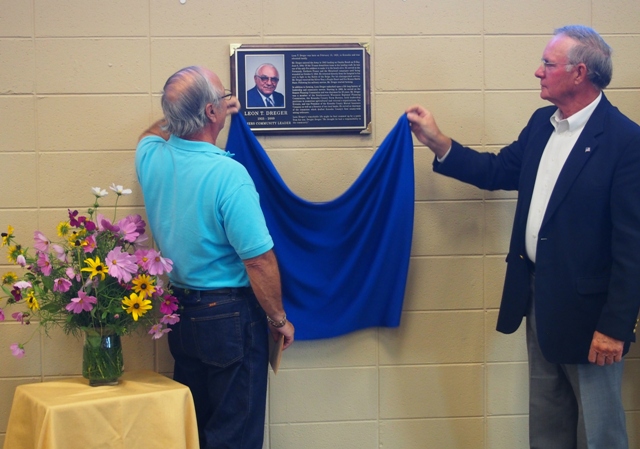 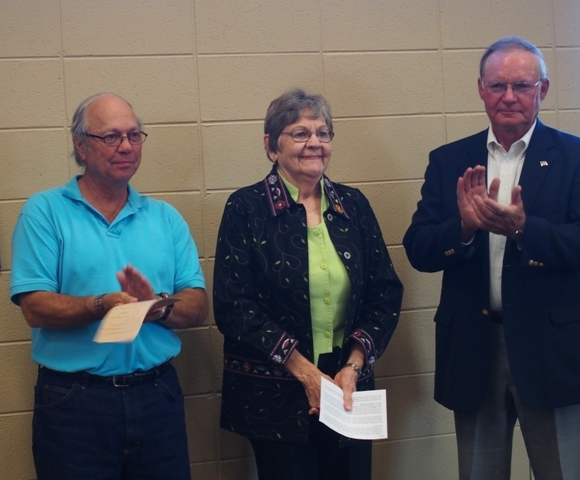 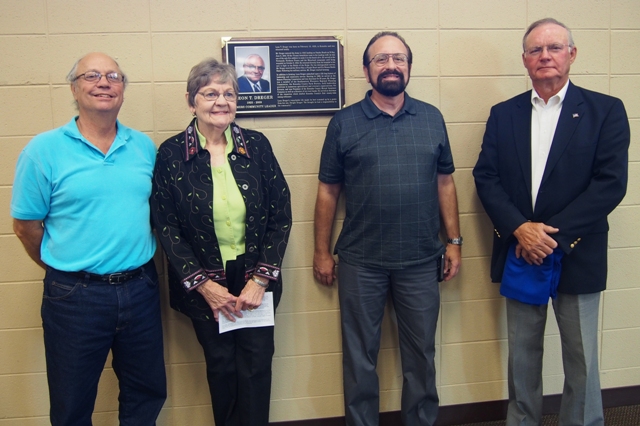 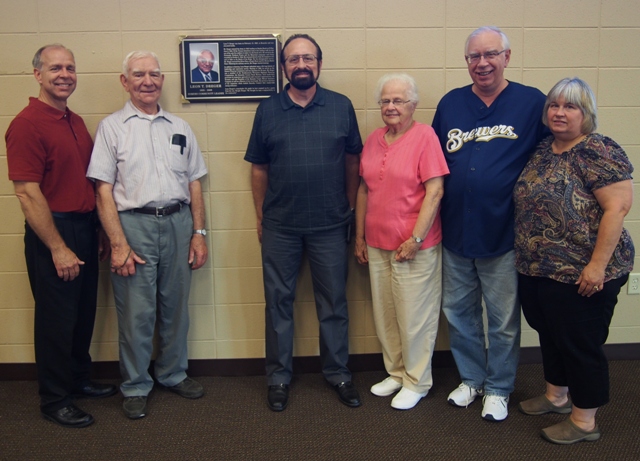