Intersection near I-94 and 60th Street, Town of Somers, Kenosha County

You don’t have to ride a Harley to enjoy a trip to Uke’s Harley-Davidson.  Inside Uke’s Harley-Davison you will find a 3,000 square foot museum located on the second floor of their new 60,000 square foot facility.   Featured are approximately 30 motorcycles from 1930 to the present as well as posters, banners, racing memorabilia, toys, and their one-of-a-kind full size chocolate Harley!  Upon request, Uke’s will also arrange tours of their 60,000 square foot building which highlights life style photos recording the history of Uke’s.  After your visit to the museum, there is a lounge area to relax with a soft drink.

History and the move to Somers

Frank “Uke” Ulicki purchased Kenosha Harley-Davidson for $295.00 and opened it April 1, 1930.  He and his wife, Marie, operated the business in Kenosha until 1989 when their son, Keith, and his wife Nanc, bought the business and renamed it Uke’s Harley-Davison in his honor.

Uke and Marie never owned or drove a car.  Their only mode of transportation was a Harley-Davison.  Yes, even in Wisconsin winters!  Uke and Marie raised three children above their dealership on 22nd Avenue in Kenosha until a fire in 1960 forced them to relocate to 52nd Street in Kenosha.  Keith and Nanc expanded the business over the years, but the property was land locked and the event space needed eventually became too large for this location.  Looking to relocate on the I-94 corridor led them to a site in Somers Township where they purchased land and buildings at their current location in Somers in 1999, where they opened a second store location.  The Somers location proved to be a wise investment because it afforded the much needed event space of ten acres.  In 2003, the new 60,000 square foot building was completed and the 52nd Street business was relocated to its current location.

Uke’s Harley-Davison was visited by thousands of motorcycle enthusiasts from all over the world when they celebrated Harley’s 110th anniversary for six days over Labor Day weekend in 2013. 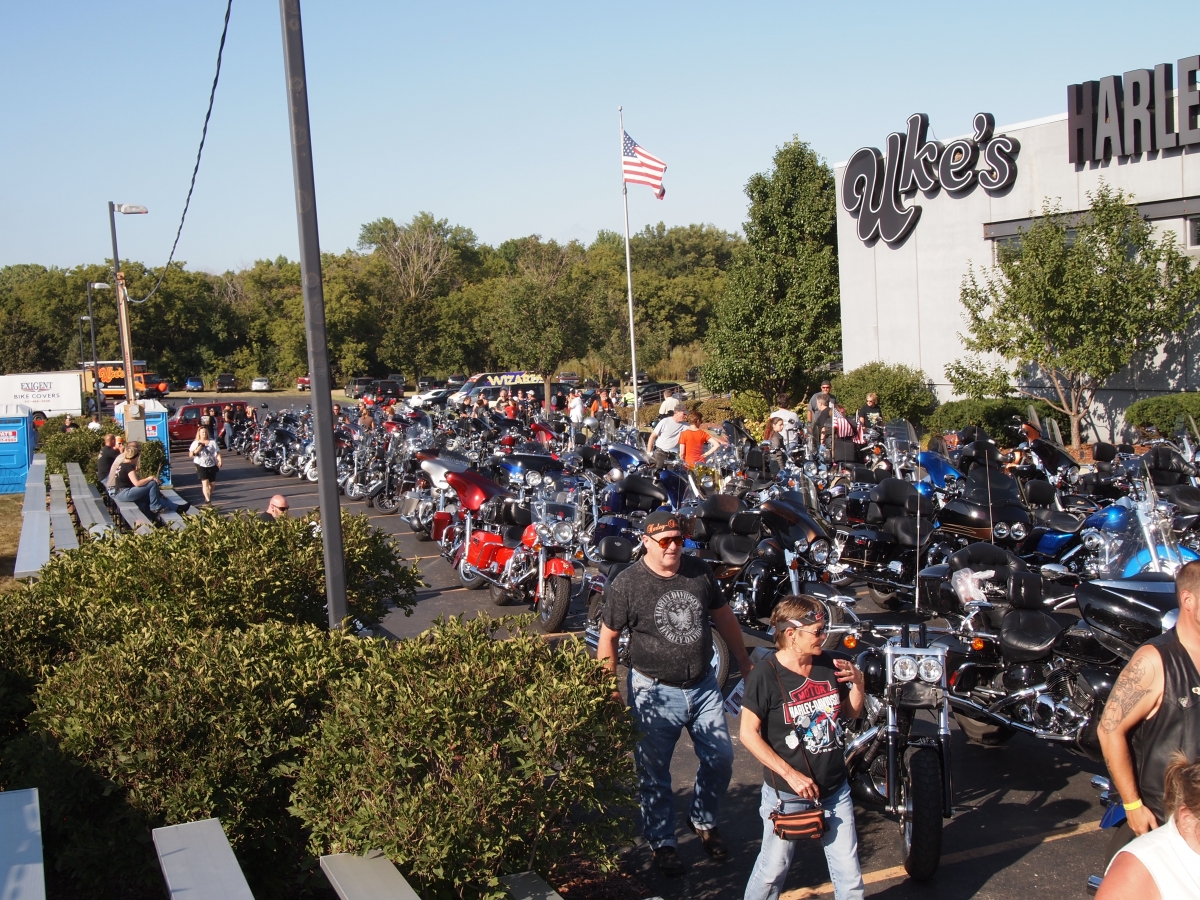