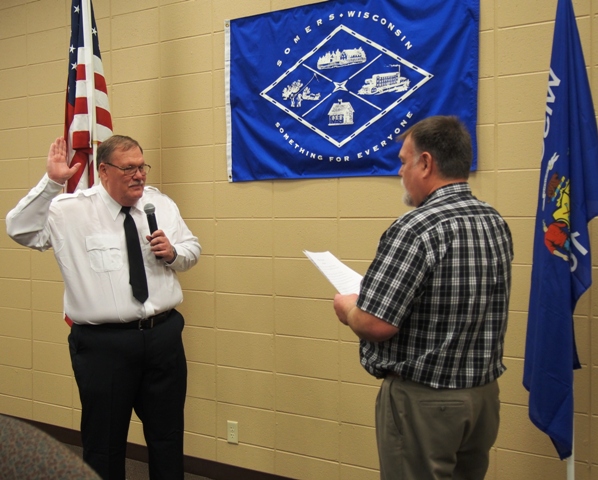 The Village and Town of Somers is pleased to announce that Carson Wilkinson has been named the new Fire Chief.  Wilkinson was sworn in by Tim Kitzman, Clerk-Treasurer, at a ceremony held in the Leon T. Dreger Hall at 6:30 p.m. on Thursday, March 10, 2016. Attending the ceremony were members of the community, local fire and rescue members, Somers Fire & Rescue Department staff, Somers staff, and members of the Wilkinson family.  Chief Wilkinson’s official first day on the job will be Monday, March 14, 2016.

Born in Burlington, Wisconsin, Carson was raised in Kenosha County.  He started his path toward a career in fire and rescue with Scout Leaders Rescue as an Explorer in 1969 at the age fourteen.  In 1971 he became the first junior firefighter with the Salem Fire Department.  He worked in various positions at the City of Kenosha Fire Department, leaving in 2001 as Division Chief of Training and Safety to work at Elkhart Lake’s Road America as their Safety Director.  At Road America, Wilkinson was responsible for a staff of over 350 paid-per-day firefighters, EMT’s, nurses, doctors, and flaggers that helped protect racers and fans.

“I am excited to join the great group of full-time and paid-on-call staff of professionals of the Somers Fire and Rescue Department,” said Wilkinson.  “Somers is a growing community with a long history of exceptional fire and rescue service to its residents. It is an honor to be chosen and I look forward to helping guide the Department forward as the community grows.”

Carson, and his wife Jan, will be moving to the Somers area as soon as they sell their home in Plymouth, Wisconsin.  In the interim, Carson will be living in Somers during the week to better serve the community.

Chief Wilkinson replaces Aaron T. Strom, who in addition to his duties as Training Officer of Somers Fire & Rescue, served as Interim Chief since former Chief Thomas Smith resigned May, 2015. William Morris, Village and Town Administrator commented, “We were fortunate to have someone with Aaron’s talent and leadership step up to manage the Department during this period of transition.  His dedication and commitment to the community was very much appreciated.” 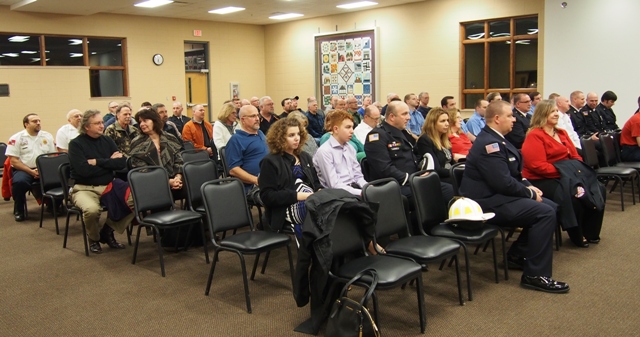 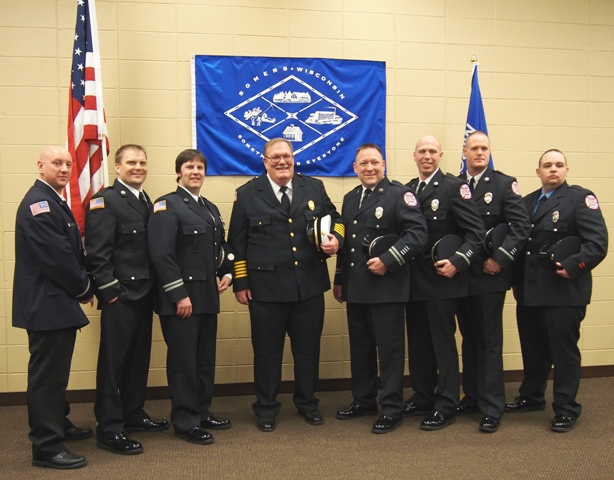 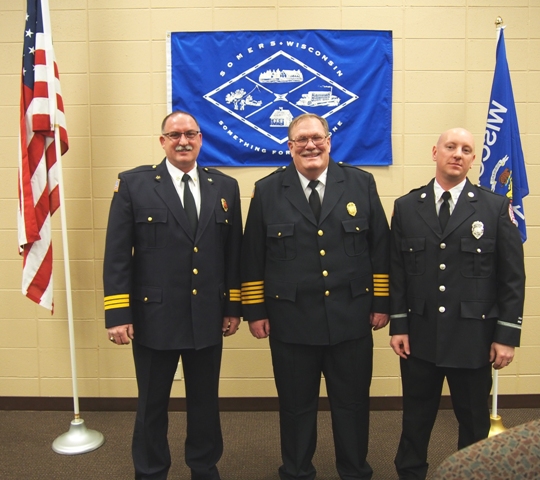 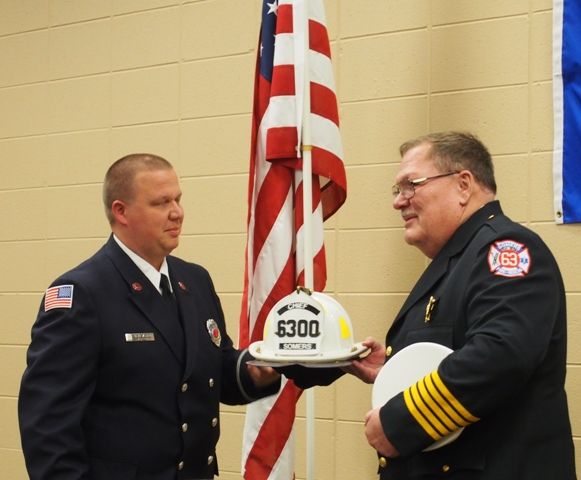 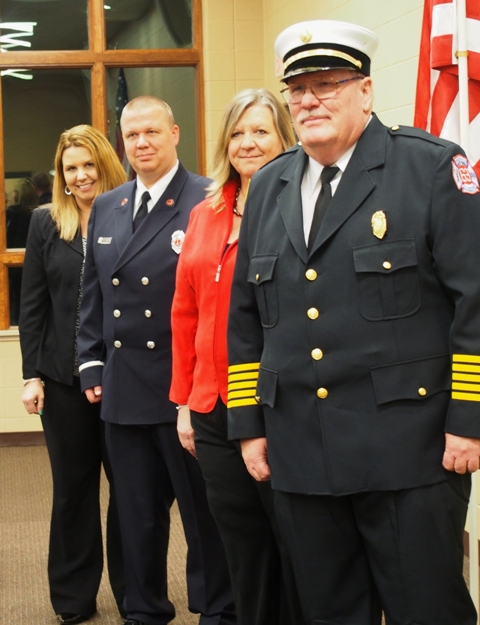