Memorial Day.  It is a holiday where Americans pause to remember the fallen of the men and women who died while serving in the U.S. Military and to honor their sacrifices.  It is very fitting that on this 2018 Memorial Day holiday, three former Post Commanders of the Somers VFW Post #2751 donated historical Post items to the University of Wisconsin-Parkside Archive Center for safekeeping and preservation.

The VFW Somers Post #2751 was disbanded effective January 1, 2015 and membership was transferred to Pleasant Prairie Post #7308. Prior to disbanding, the Somers Post #2751 financed mostly through donations, built a Veteran’s Memorial in Somers Memorial Park behind Village/Town Hall.  It was built to honor all U.S. Veterans.  It features a picnic area and a concrete walkway connecting the main feature of the Memorial called the” Circle of Flags” that includes U.S., P.O.W., and M.I.A. flags flying representing all branches of the Armed Forces.

David E. Hart, Sr., Julius Mianecki, and Larry Fliess, all former Somers Post Commanders, met with Melissa Olson, Head of UW-Parkside Archives and Area Research Center and Jackie Klapproth Nelson, Somers Village/Town Historian, at the Somers Village/Town Hall to document the donation.  On behalf of the community of Somers, thank you for your service and thank you for this wonderful contribution of Somers history. 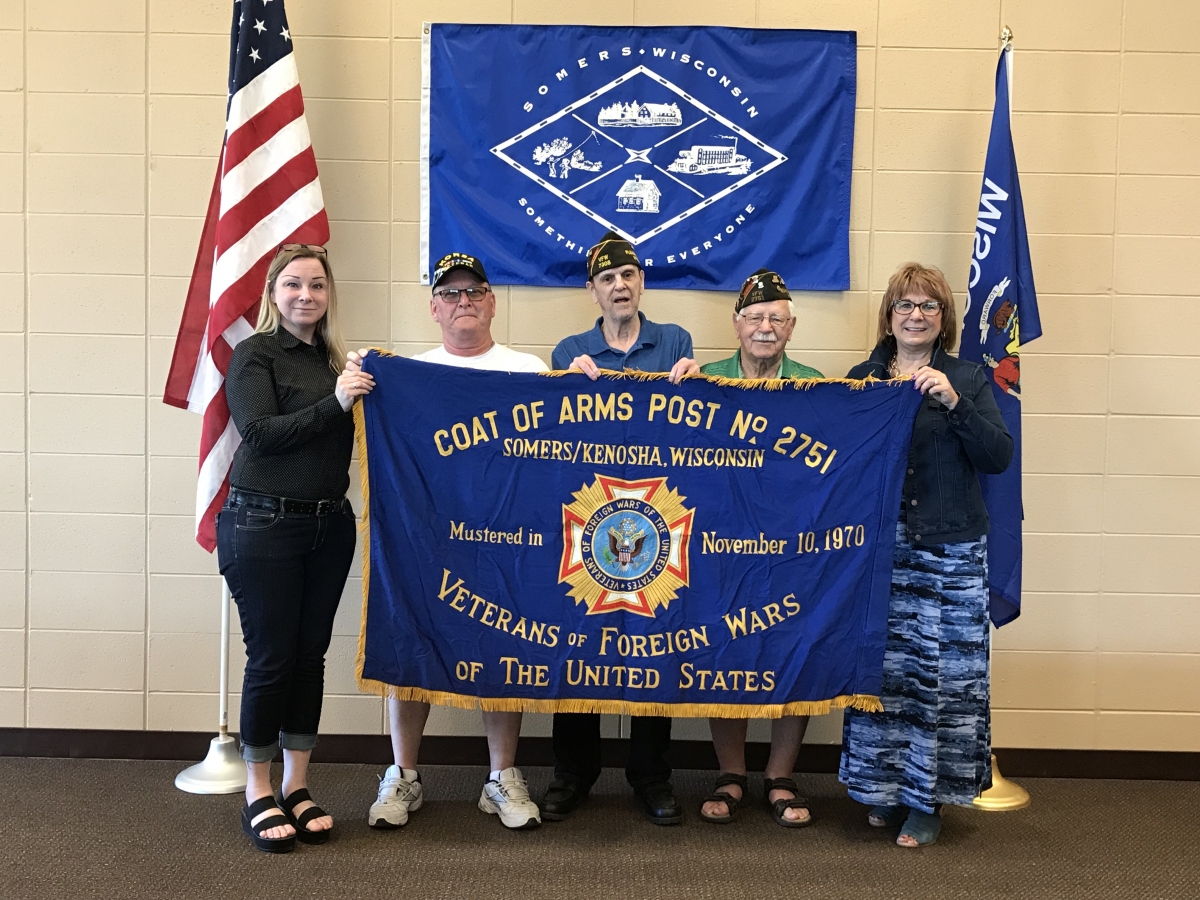