On February 24, 2017, the Village of Somers Board of Trustees approved, on the recommendation of Fire Chief Carson Wilkinson, the donation of a Somers 2002 ambulance to the Kenosha County Scout Leaders Rescue, a non-profit organization. The 2002 ambulance was donated after the Fire & Rescue Department received its new 4-wheel drive ambulance in February.

“We are very pleased to donate our Somers ambulance to Scout Leaders. They provide a valuable, much needed service in our community”, said Chief Wilkinson.  “Scout Leaders are a backup for all Kenosha County emergency medical service (EMS) agencies through MABAS (Mutual Air Box Alarm System) and they are an integral part of the Kenosha County Dive Team.”

Scout Leaders Rescue’s mission is to “provide first aid service to local area functions that draw large crowds where medical emergencies might occur; to provide rescue and recovery at water related incidents; to provide mutual aid rescue services to other affected agencies” as stated on their website.  They depend heavily on donations from the Kenosha County communities they serve.  Click here to visit their website and learn more. 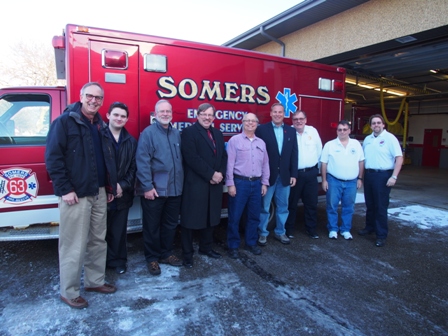 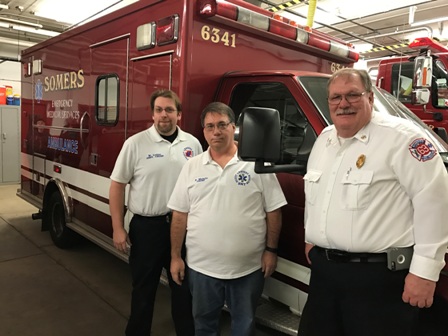 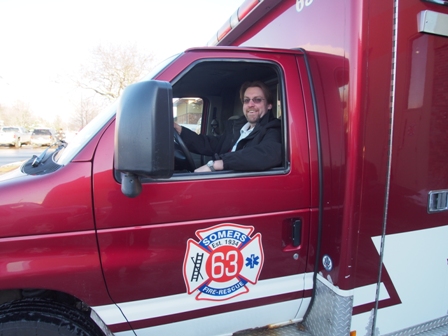