The Village of Somers has received a request to change zoning for the construction of the Pritzker Military Museum and Library on 280 acres of land bordered by Interstate 94 to the west, 100th Avenue to the east, Highway E (12th Street) to the north and approximately 15th Street to the south, if that road went through the property.

The museum was founded by Colonel Jennifer N. Pritzker, IL ARNG (Retired) in 2003 downtown Chicago. Its mission is to showcase the role of citizen soldiers in the preservation of democracy.

The Chicago location will remain the primary location. The Somers museum will be able to house the growing collection of material as well as develop new programs. 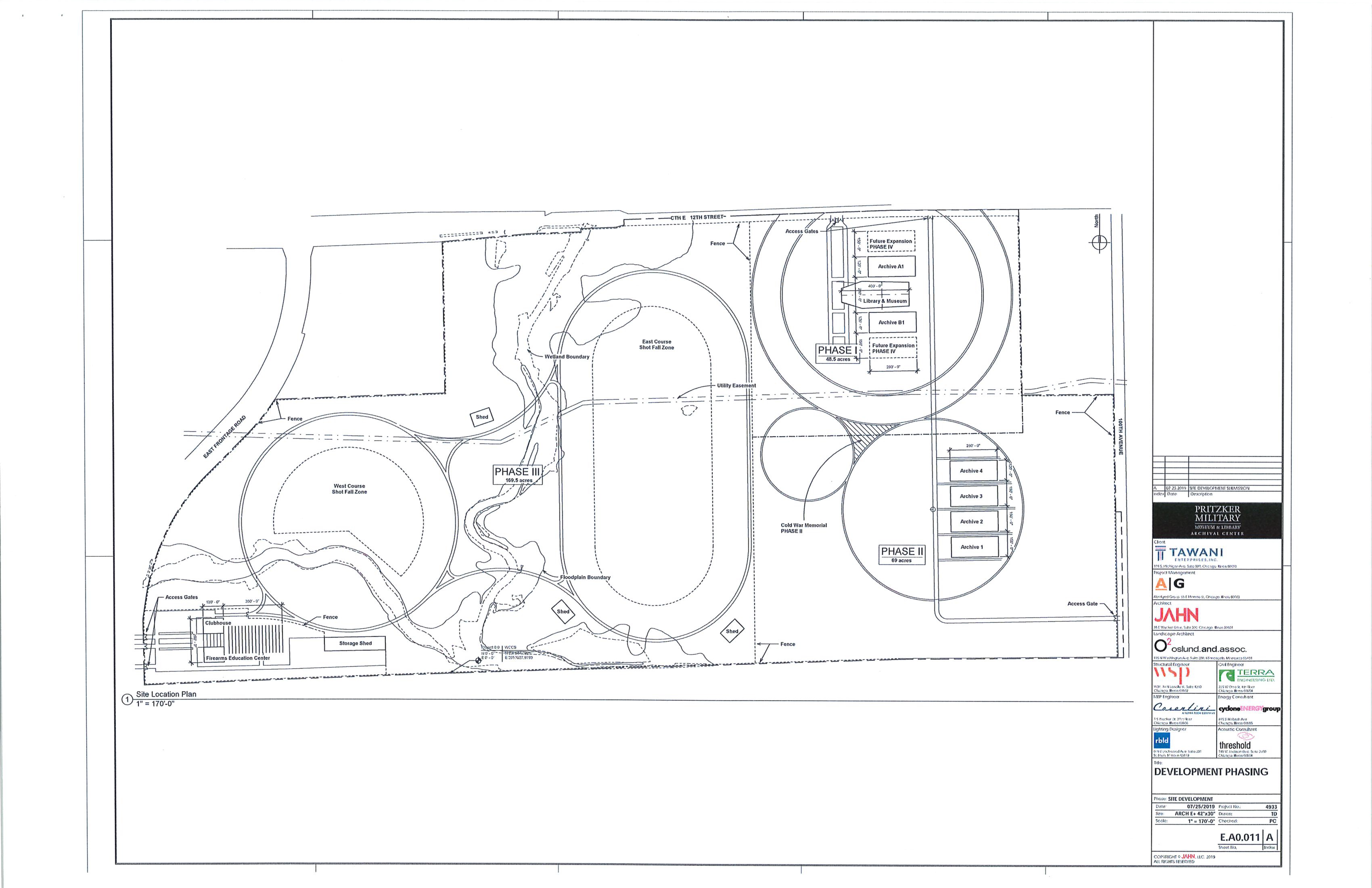 The construction project will be constructed in four phases.

The CTR will be designed by British shooting instructor John Higgins who has established clubs and programs in Europe, North America and Central America. It will offer common clay target disciples such as trap, skeet and sporting clay. It will also offer Olympic disciplines such as trap doubles, international skeet and Olympic bunker.
A pavilion will be dedicated to muzzle loading and offer American flintlock and percussion cap experience.
All CTR firing positions are located 150 feet from any property boundaries, and shot fall zones are set at 300 yards.
The range will be lit so it can be used at night. The lighting is designed to minimize impact on adjacent properties
The hours of operation proposed are no earlier than 6 a.m. and no later than 11 p.m., seven days a week.
Noise from the CTR activities will be mitigated through a combination of landscaping, berms and ammunition selection.

In addition to the outdoor range, a Firearms Education and Training Center is planned as an indoor shooting range offering visitors the opportunity to use historic reproduction firearms and learn about them. The space will also offer training space for law enforcement, military personnel and the public.