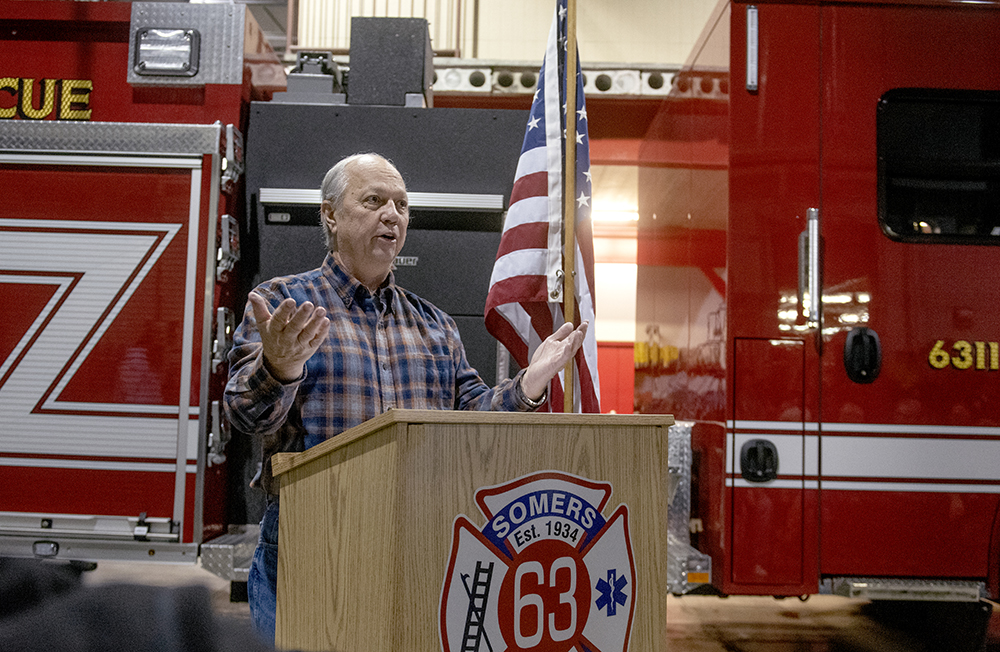 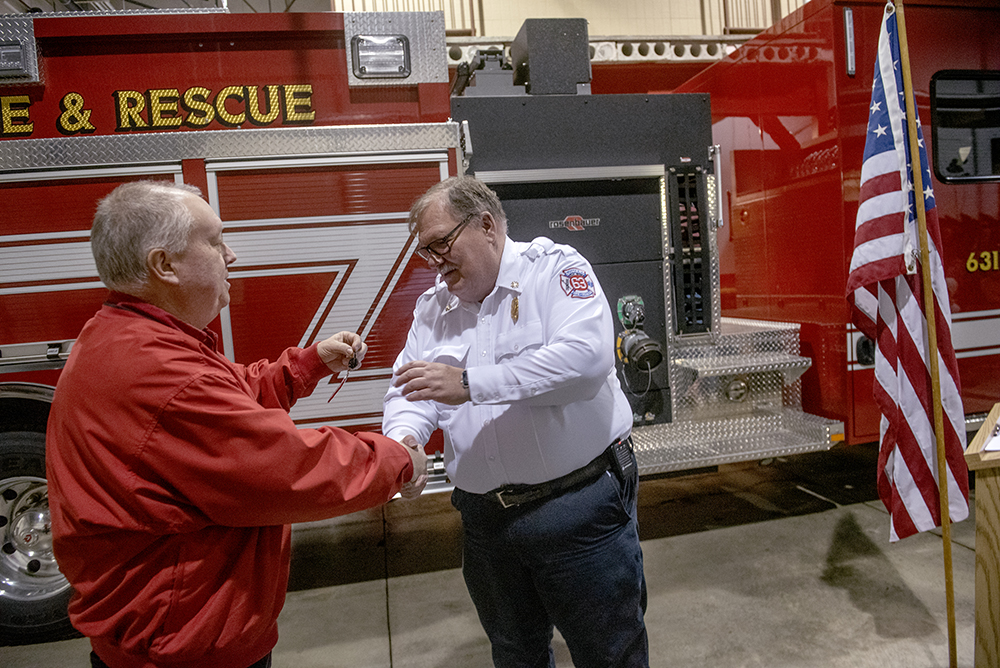 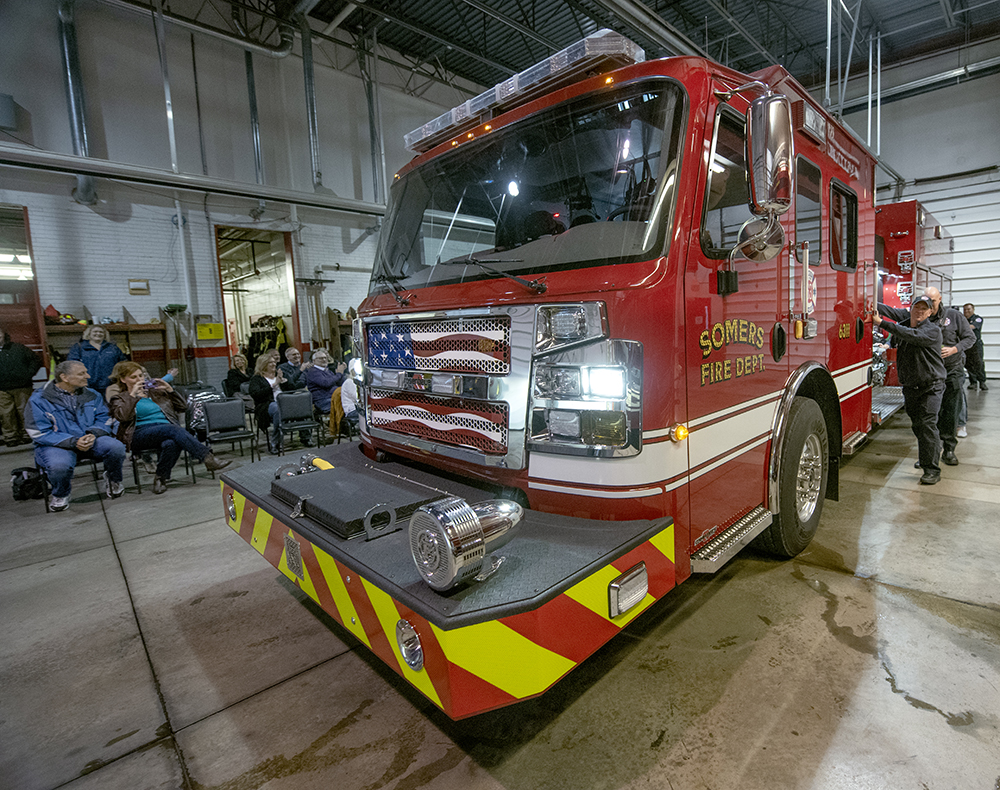 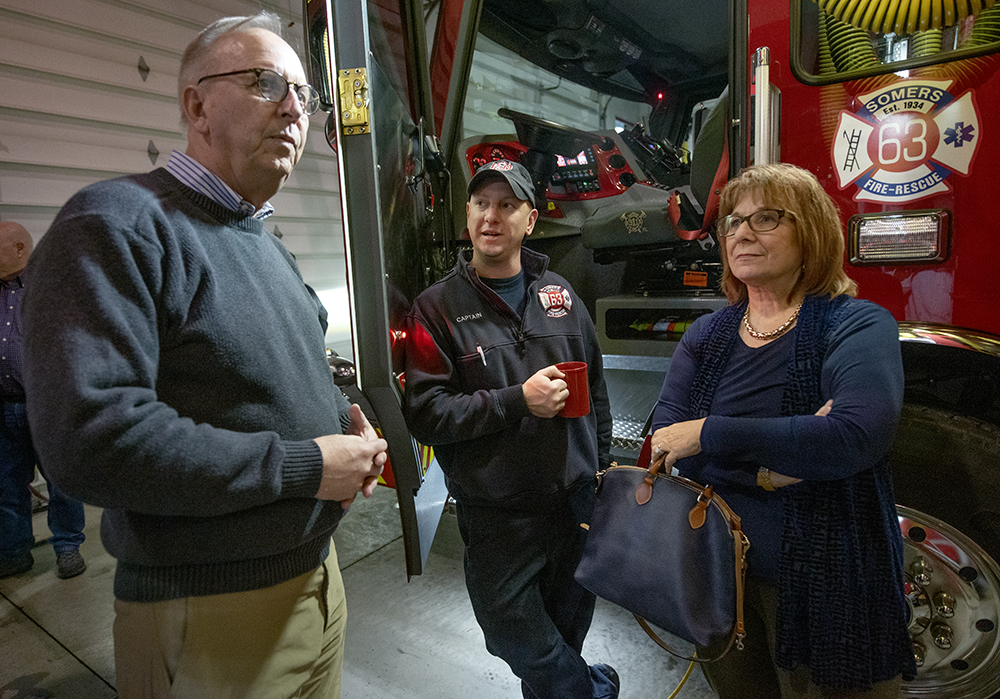 In front of about 100 residents, members of the fire department and officials, Somers Village President George Stoner and the Fire Chief Carson Wilkinson dedicated the new addition to the department: Engine 6311. The dedication took place at Somers Fire Station 1, 7511 12th St. on Nov. 17, 2019.

It features a 1,000-gallon tank, a 1,500 gallon per minute pump and a top mount panel. It includes a tower light to illuminate emergency scenes. All lighting is LED and eliminates the need for a separate generator on board.
It replaces the unit at Station 1 which was over 20 years old and was taken out of service in September as it became unsafe.
The village will pay $520,000 for it in January of 2020, included leasing for the last few months of 2019.

The engine will carry rescue equipment including $30,000 for new self-contained breathing apparatus and $40,000 for two new extrication tools.
It will also include hearing protection for firefighters and a two-way radio system to allow them to communicate.
The engine was funded by fees from new development and American Transmission Co.