Hundreds of Somers residents, their families and members of nearby communities braved the heat to line up on both sides of Highway E for the annual Somers Fourth of July Parade. 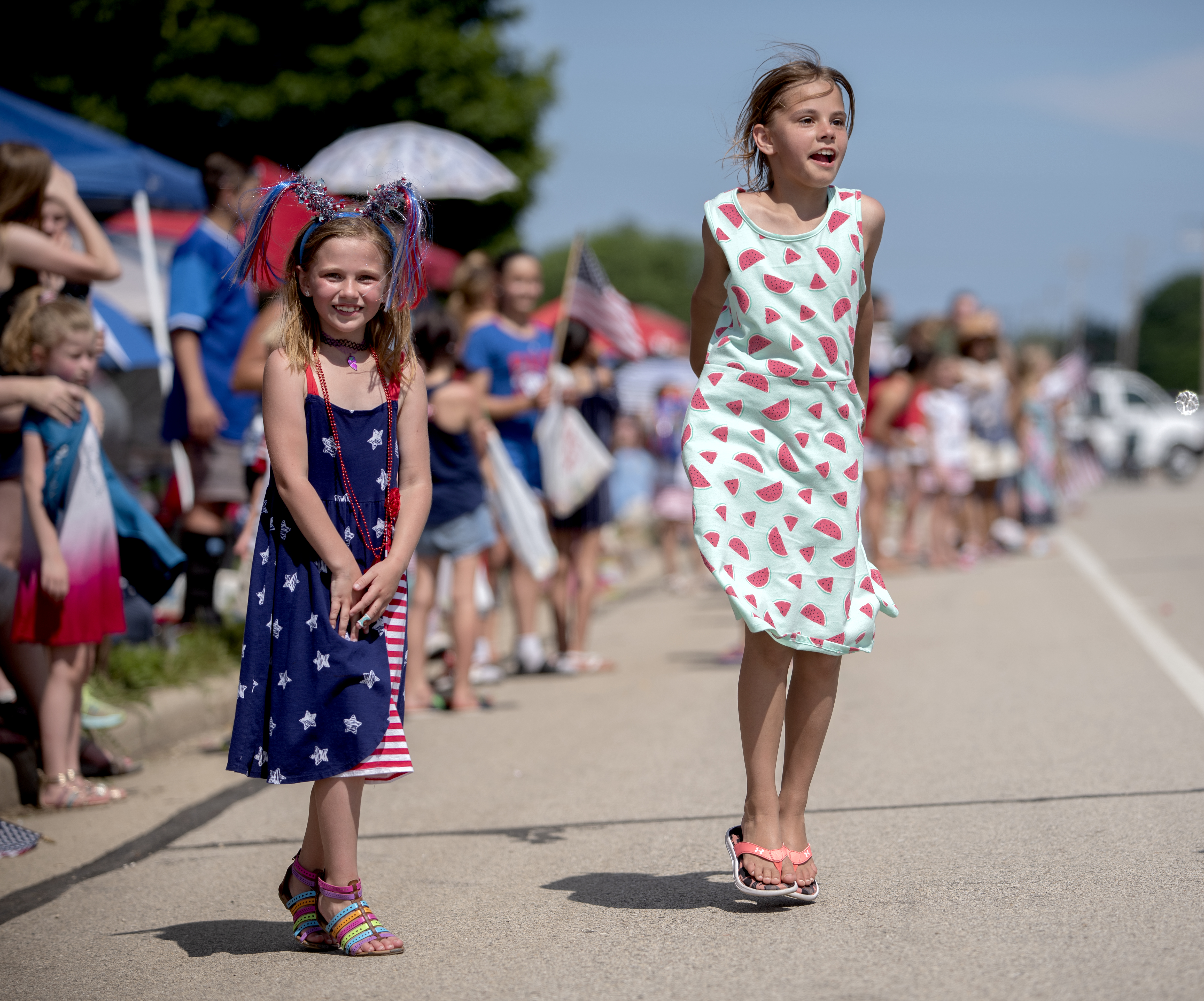 The parade is very popular with kids as they await eagerly for candy to be thrown from floats. Source: Village of Somers.

While waiting for floats, fire trucks and marching bands, on-lookers watched a one-mile race along the route.

The Somers Fire Department, Kenosha Sheriff Department and Somers Public Works Department closed the roads and set up bathrooms and trash cans to get ready for the parade. The Fire Department set up an arial ladder over the parade route. They ran the water hose to the delight of children and as a needed reprieve for adults and parade participants. 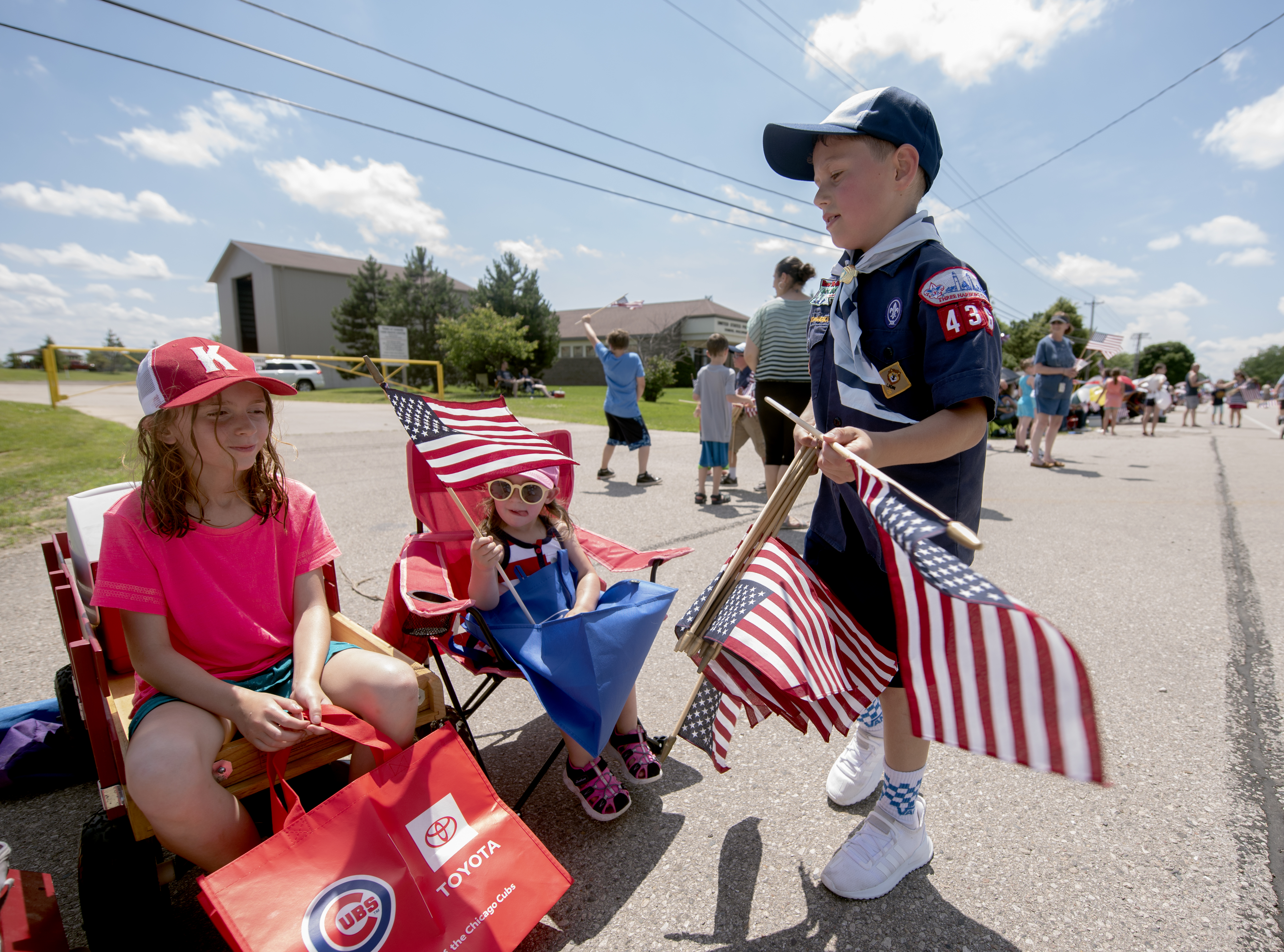 Boys Scouts handed flags to on-lookers at the start of the parade. Source: Village of Somers.

This year’s theme was “We The People.” Longtime Somers residents Edward and Nancy Edquist were nominated as this year’s grand marshalls. 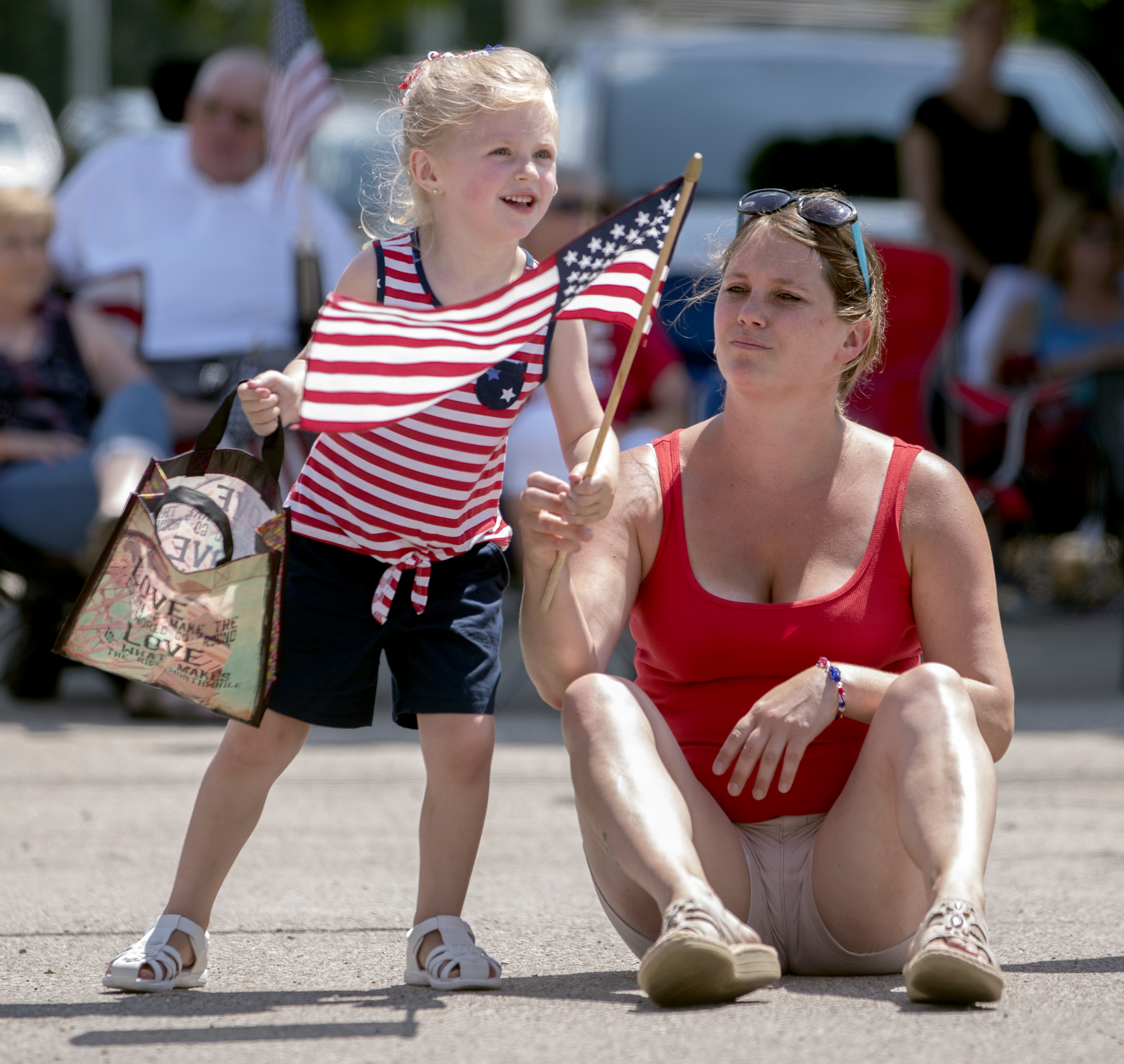 Children, awaiting candies, go in the spirit of the parade waving American flags at the passing floats. Source: Village of Somers.

The parade was followed by the annual ice cream and cake social in the Village/Town auditorium. 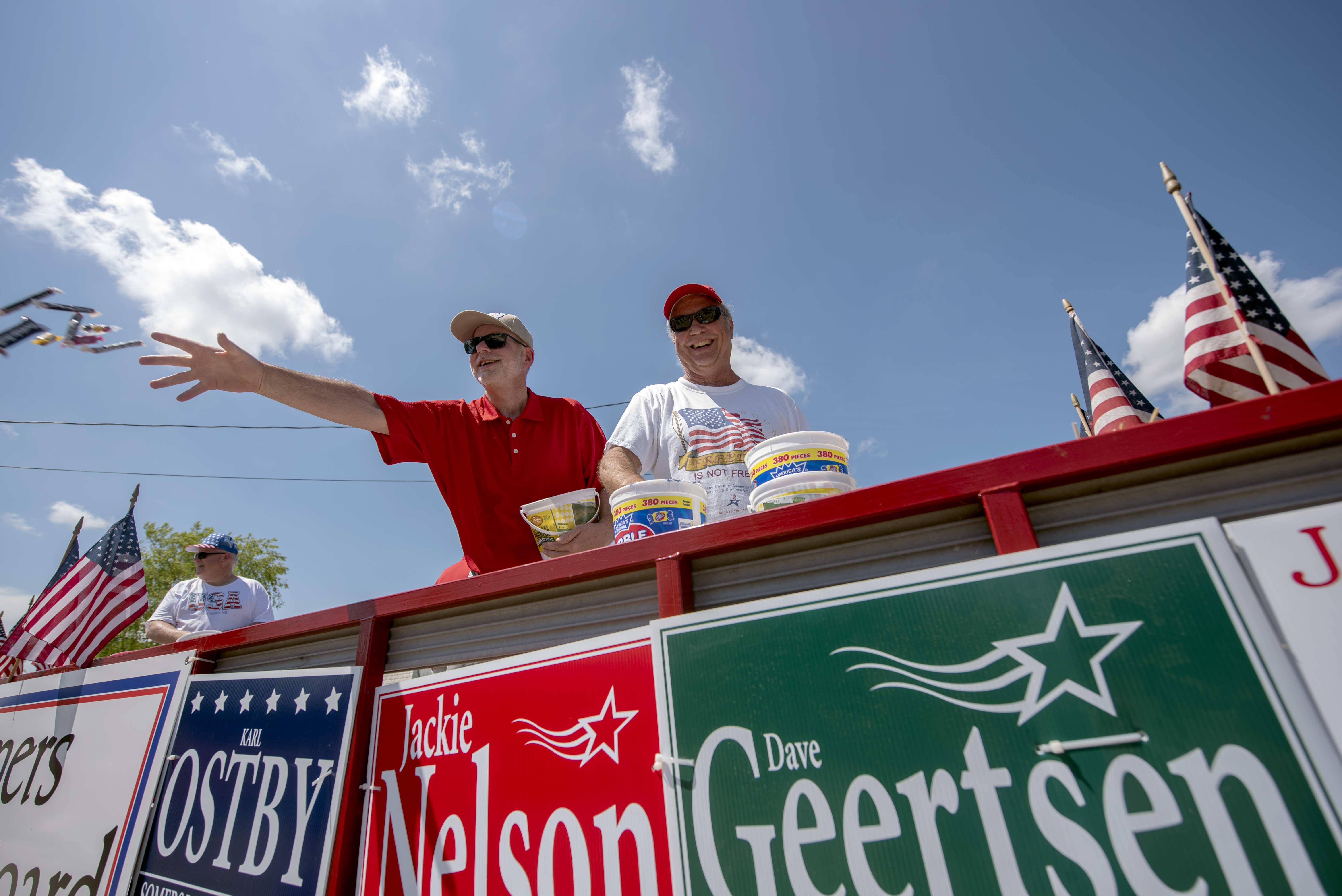 Somers would like to thank all the volunteers who served ice cream and cake as well as the Somers Parade Committee: