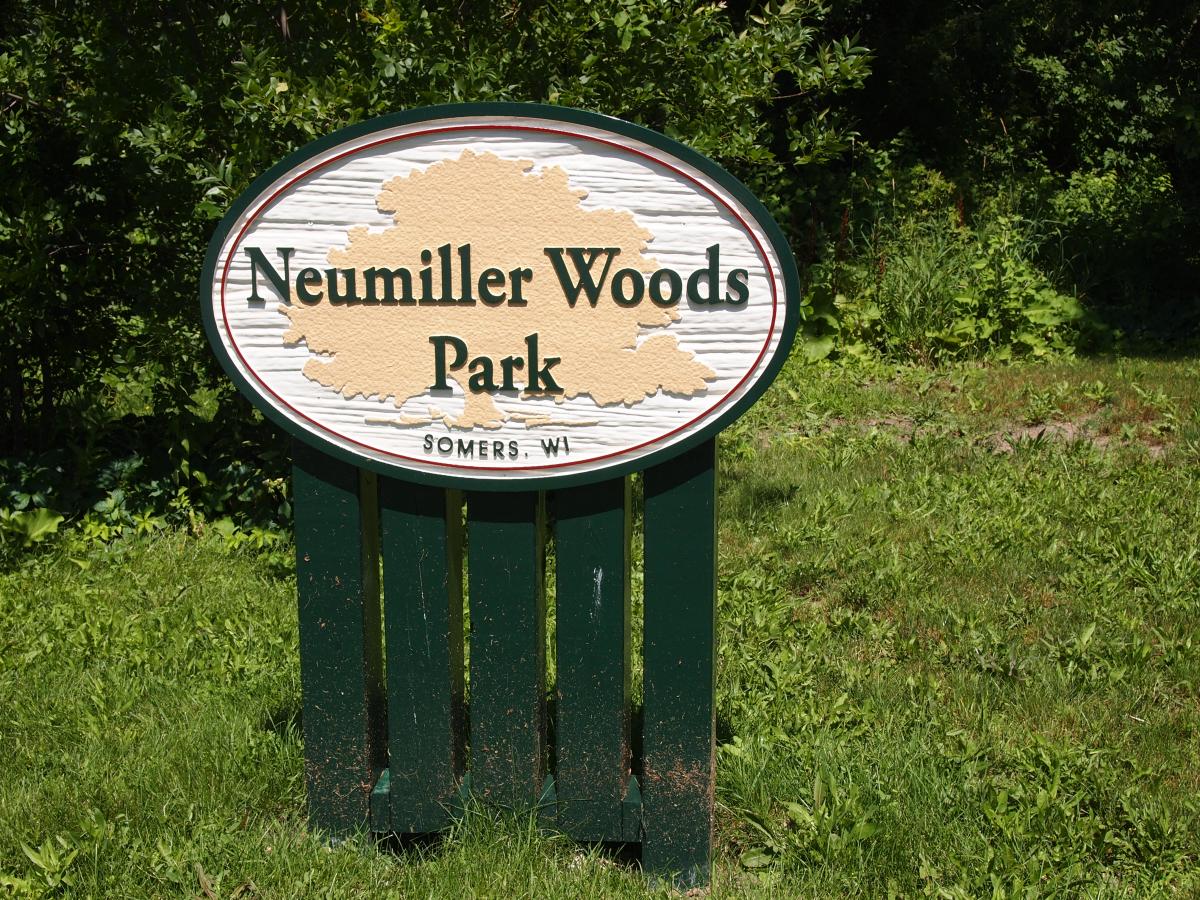 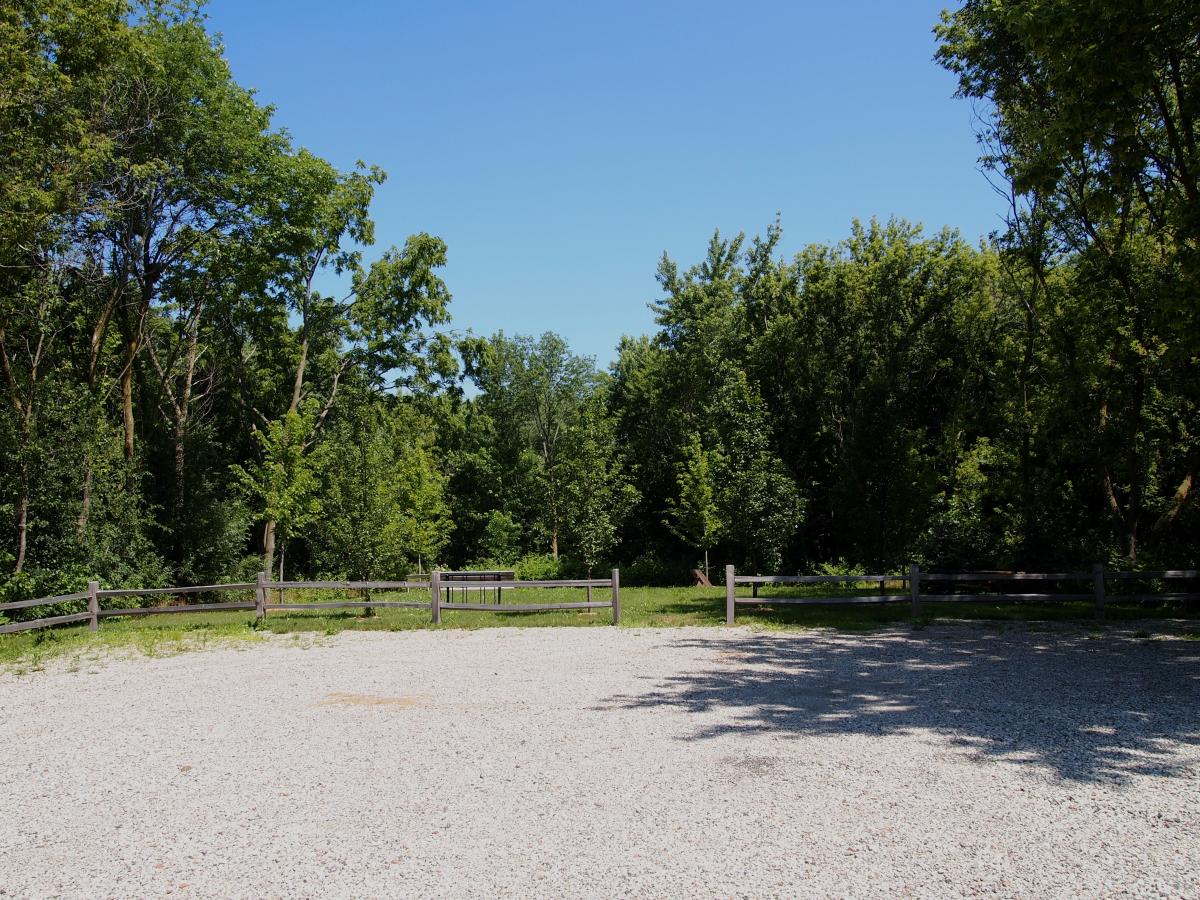 Neumiller Woods Park is located on the north side of 12th Street (Highway E) just west of the railroad tracks in the center of the village, directly across from Tina’s Inn.

Dedicated in 2010, this is a 7.8 acre site that includes picnic tables, sitting benches, and a bike rack on green mowed lawn just north of the parking lot.  The remainder of the Park is designated a nature area consisting of wetlands, woods, native plantings and aquatic structures appropriate for the environment.  The wetland acres acts as a drainage basin for the Town of Somers and incorporated the Somers’ branch of the Pike River.

This project was funded by a private grant from the Root/Pike Watershed Initiative Network.  The work on this site, as well as the Somers Branch in Gitzlaff Park and beyond, is currently being funded by a private grant from The Fund for Lake Michigan.  The goal of this project is to have Neumiller Park serve as a filter and infiltration site to mitigate runoff to the Pike River.

Neumiller Woods was donated to the Town of Somers by Fred and Lois Neumiller. 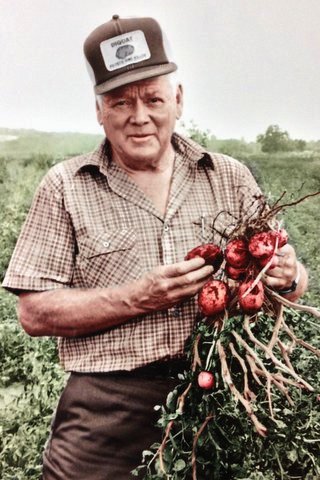 Fred Neumiller started his potato farming business with humble beginnings in the Town of Somers.  His son Tom and daughter Carrie describe their father as a “risk taker”, a characteristic of many business owners and entrepreneurs.  Although Fred Neumiller saw troubling times throughout his life he learned from mistakes and used them as an opportunity to improve as evidenced by Neumiller Farms, Inc. success, now a fourth generation agriculture business. 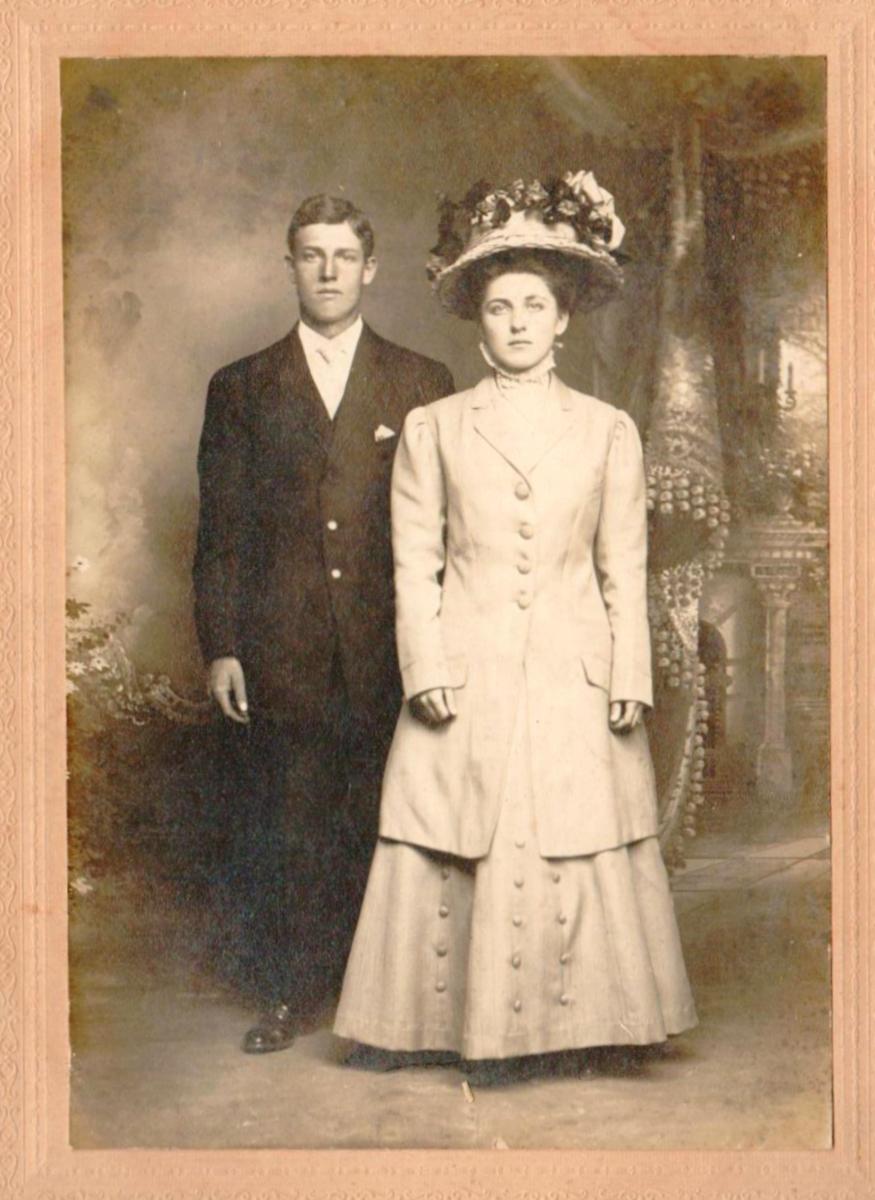 Phillip Neumiller, Fred’s father, was born in 1883 in the Ukraine city of Odessa, Russia.  In his early years, Philip moved to Wilhelstahl, now a municipality in Bavaria, Germany.  In 1908 at age 25, he immigrated to Argentina.  On the ship he met Marie Sophie Jacobi.  They married in Argentina on November 8, 1908 and a few years later, sailed to America landing at the Port of New Orleans July 21, 1910.

Nine children were born of Phillip and Marie:  John was born in Argentina; Phillip and Mary in Illinois; William and Esther in Canada; Emma and Fred in Greeley, Colorado; and Ray and Reinhold in Wisconsin.

After living in several areas of the U.S. and Canada, the Neumiller family moved to Wisconsin and settled in Somers Township in a house on Meyer Lane.  As a young man, Fred and his brothers engaged in potato farming which expanded into potato brokerage, trucking, and warehousing.  They sold to major companies such as Frito Lay and Campbell’s Soup. 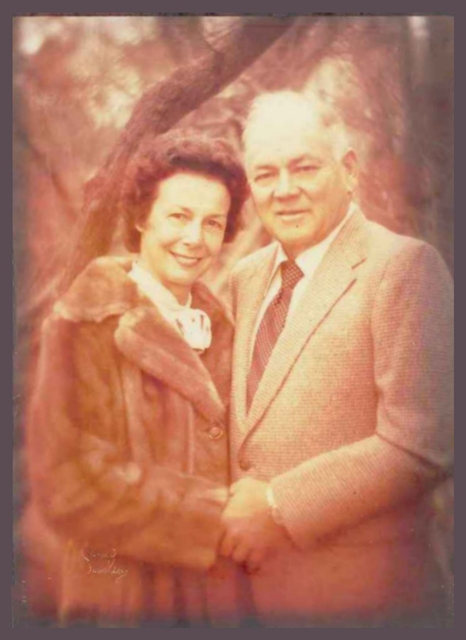 Neumiller Farms operated their business in the “heart of the village” of Somers for many years on the former property of Matt Rasmussen, Somers’ own “cabbage king”.  In 1974, Fred Neumiller relocated his potato farming location to Illinois where he discovered abundant available land near the Mississippi River where the sandy soil was ideal for irrigation, a perfect combination for maximizing potato crop production.  Today, Neumiller Farms, Inc. operates farms in Savanna, Cordova, Erie, and Bath, Illinois, all located near the Mississippi River.