As the Bee Gees’ song Stayin’ Alive played in the Somers municipal building Feb. 16, it took on a special meaning for the 208 people taking part in the 17-hour marathon CPR training event organized by Dibbs17. 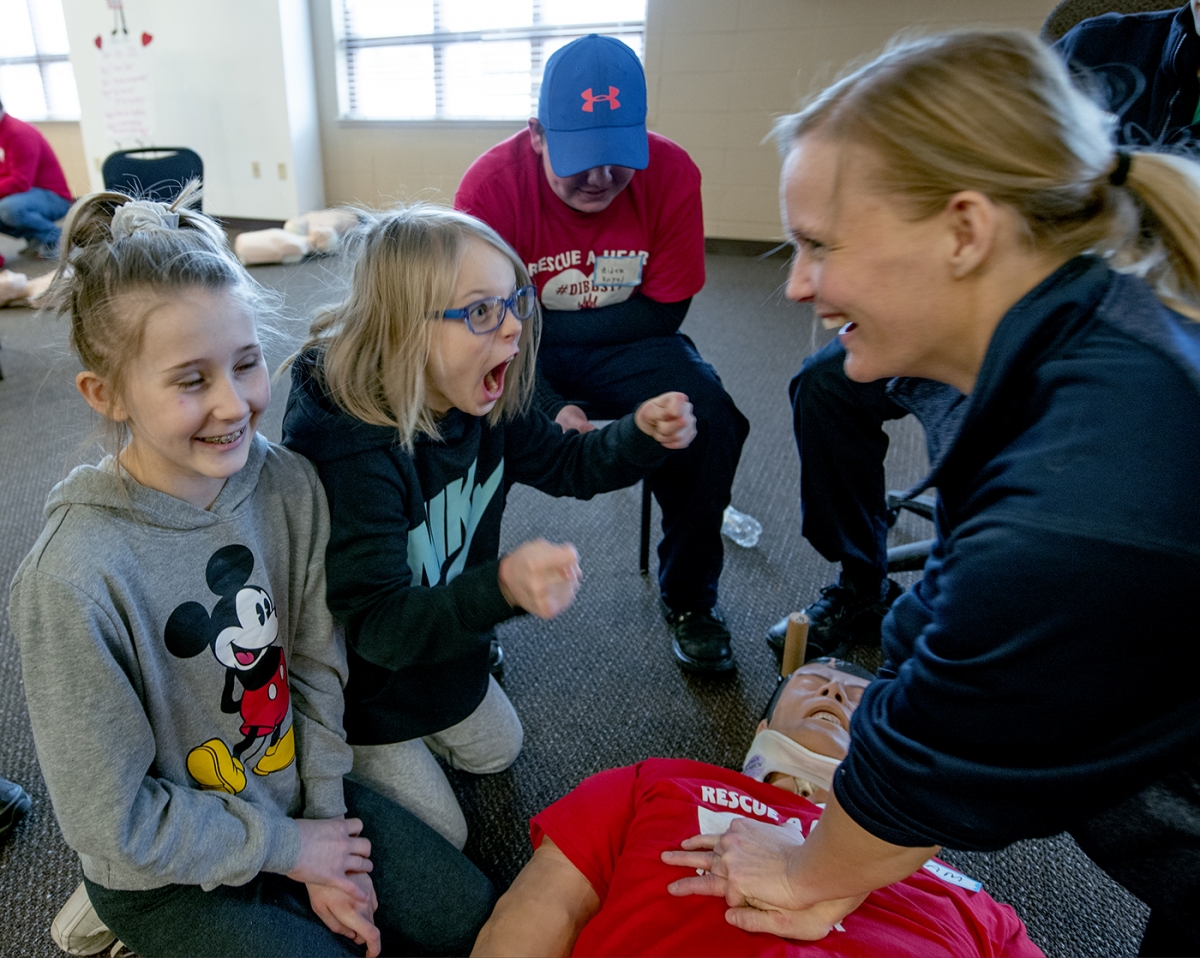 The tempo of the song is the ideal timing for chest compressions. Participants pressed on the chest of their training dummies to the song’s beat as they learned hands-only CPR.

Lexi Kevan, 12, of Kenosha, took part in the event, pushing hard on the chest of a training dummy. 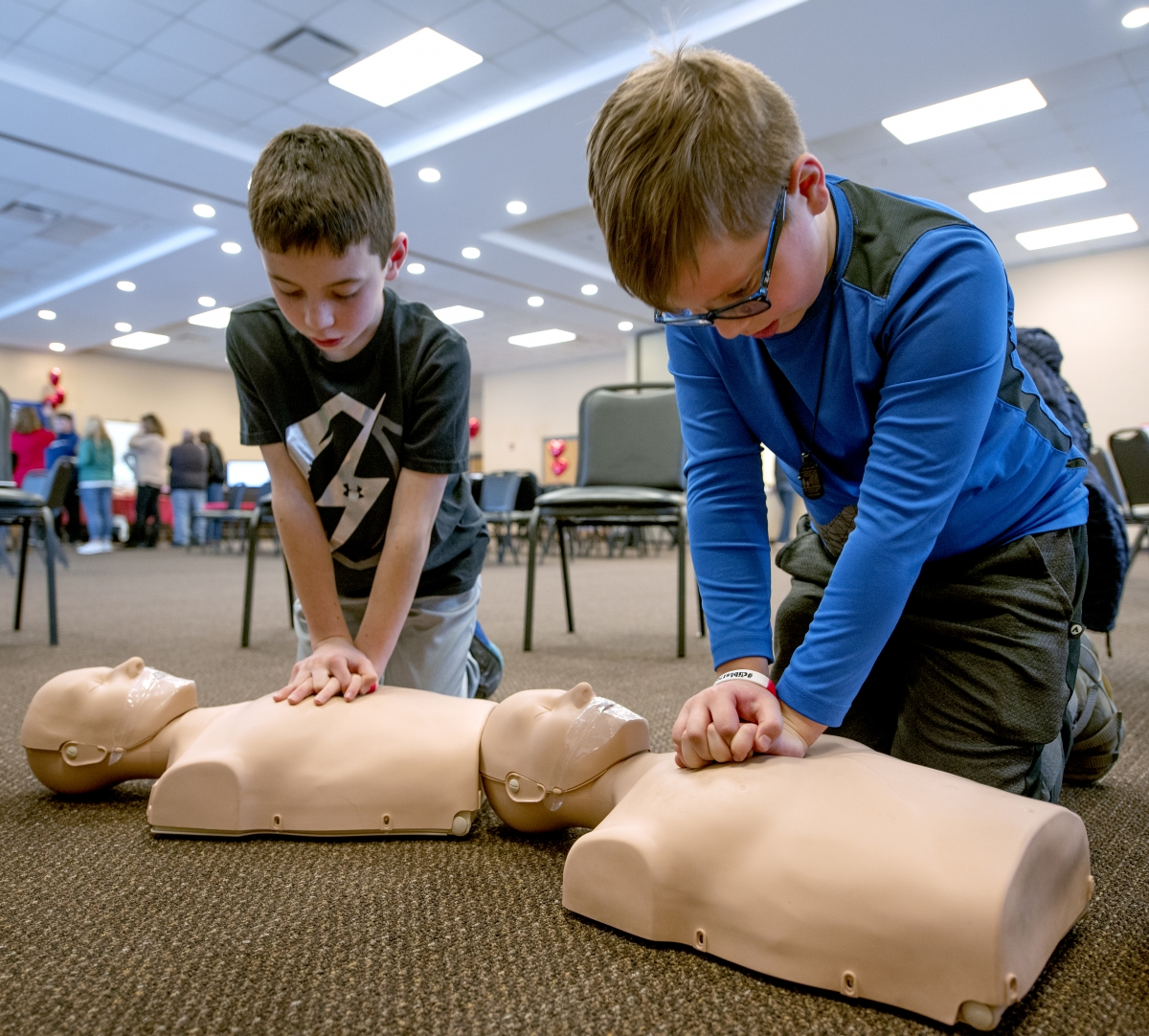 “You have to press hard,” she said. “And not bend your arms.” As she describes depressing her dummy’s chest two inches at the rate of 120 times per minute.

It was her first time learning the skills and she felt ready to use it if the need arose.

Jacelyn Ahrens came from Oak Creek with her son Wyatt, 11. She and her husband are already CPR certified, but she felt it was an important skill for her son to learn. 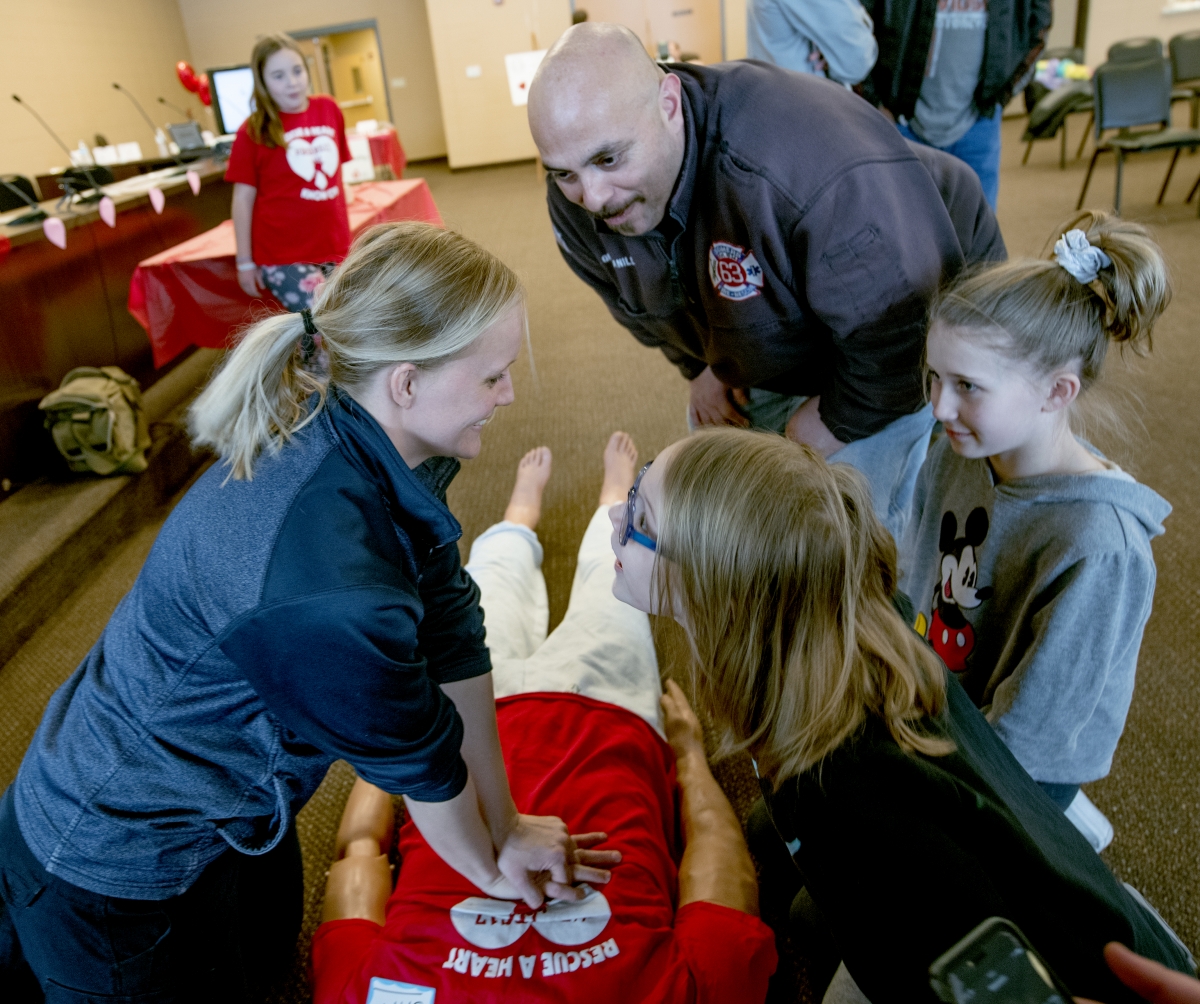 The event was part of the Dibbs17 challenge to train 1700 people in a year. Dibbs17 is named for David Dibble, whose jersey number is 17. He collapsed on the baseball field last summer and owes his life to a coach who performed CPR on him.

Connie Schneider, co-organizer of the event, is Dibble’s aunt. 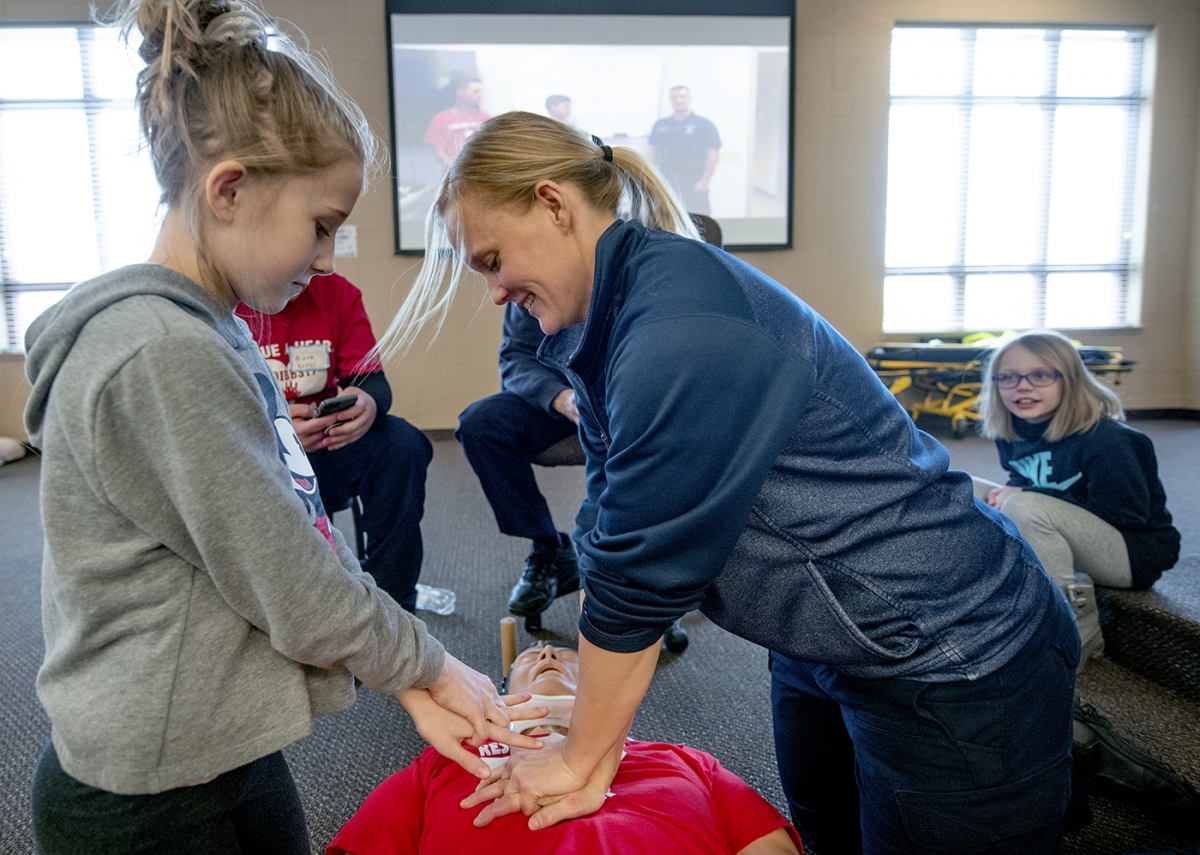 Lexi Kevan, 12, of Kenosha, gets ready to relieve her mom, Firefighter EMT Victoria Schonscheck as they take part in the 17-hour CPR event at the village hall. Source: Village of Somers

“I want make sure we pay it forward,” she said. “And have people learn CPR.”

While CPR includes breathing for a patient, only compressions were taught at the event. According to Schneider, some people are afraid of doing breaths, but doing chest compression only can increase a patient’s outcome tremendously. 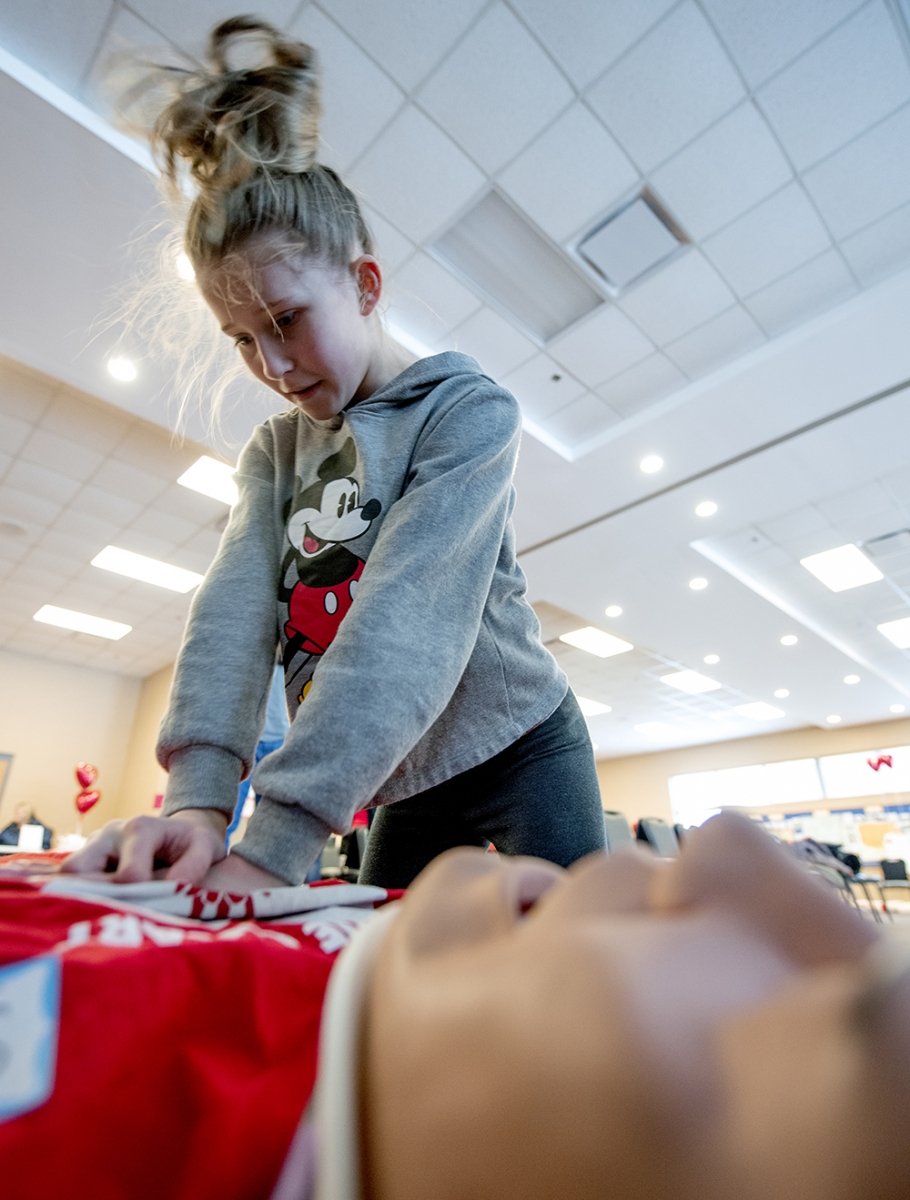 “We don’t want to stop people from doing CPR because of the breath,” she said.

The event was also a fundraiser for the purchase of a Lucas device for the Somers Fire Dept. The machine allows compressions to be performed even when a patient is being moved or sitting in an upright position, which is not possible performing CPR manually. About $2,000 were raised at the event. To donate, you can go to the following link: https://www.gofundme.com/somers-fire-amp-rescue-association-lucas-device 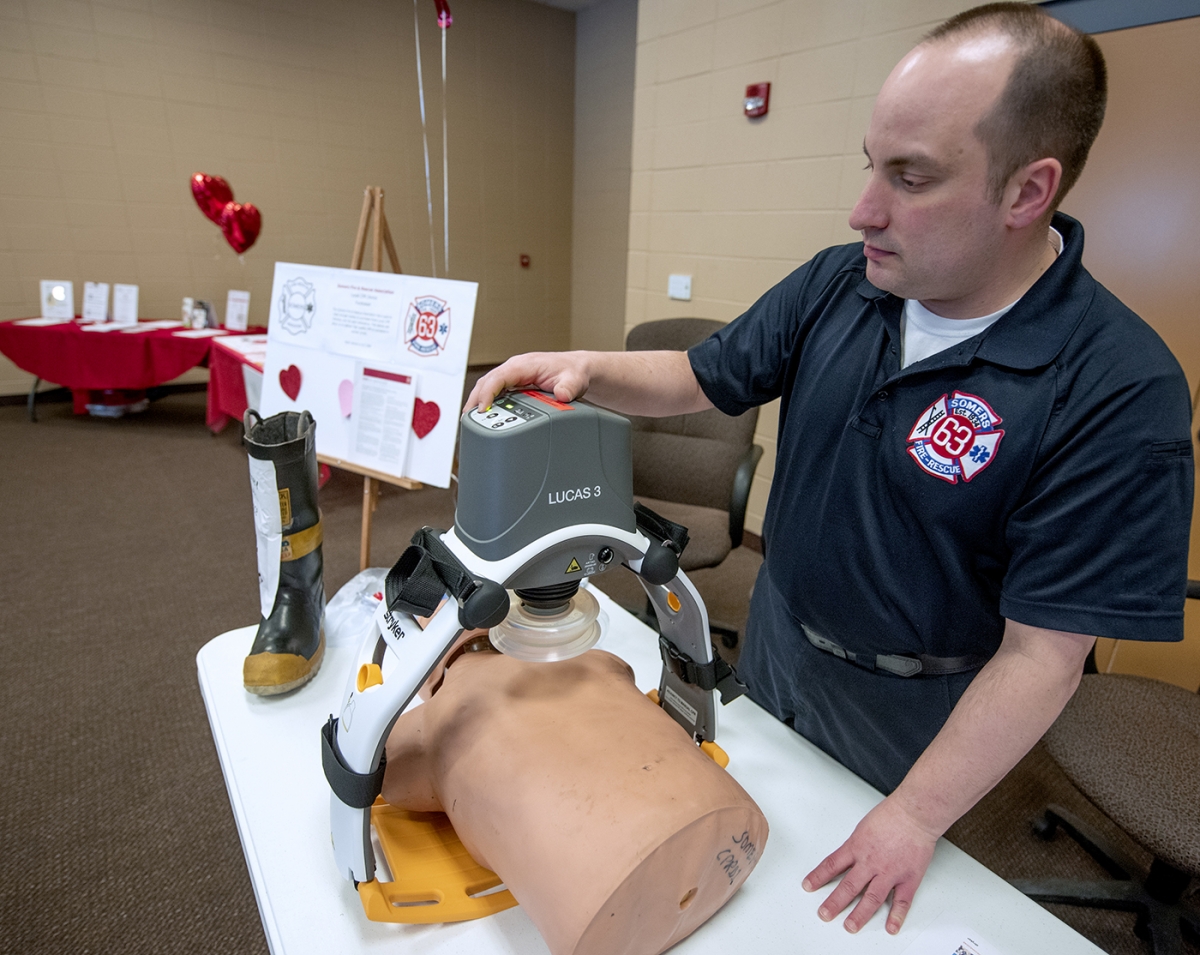 That’s Lucas device is just amazing,” said Schneider. “You get the accurate CPR all the way to the hospital.”