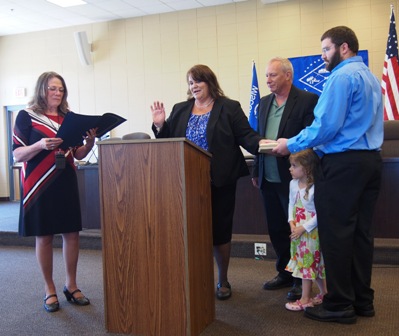 Preston will continue a long-time tradition of Somers Postmasters.  The first post office in Somers was established in 1836, the year the present U.S. Postal Organization became effective.  Somers first Postmaster carried mail from Kenosha to his house.  After a time, the Somers post office operated from a cheese factory, blacksmith shop, woodshed, general store, and railroad depot until 1993 when the present new building was erected.

Preston replaces Bob Williams who served as Somers Postmaster from 1993 until his retirement in the fall of 2015.  Lori has extensive experience, working in both the Kenosha and Racine post offices for the past twenty-one years.  “I consider myself very lucky to be able to serve as Postmaster in the community of Somers and I am committed to provide fast and friendly service to everyone who comes to the Somers post office.  I am hoping that residents will introduce themselves as I am excited to meet everyone in the neighborhood”, said Preston. 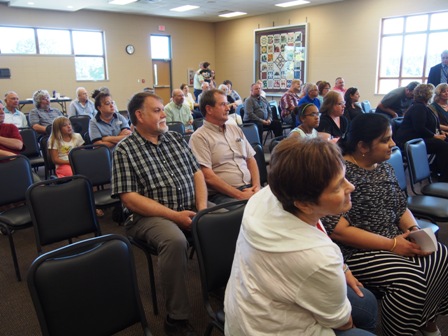 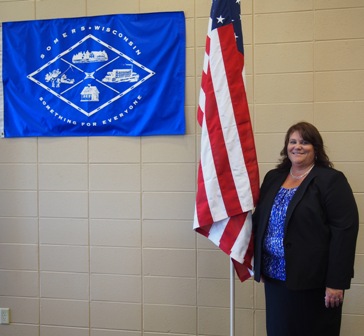 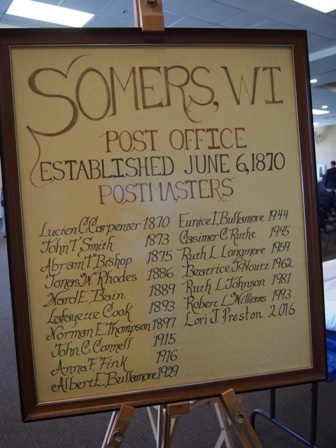 Lori’s name added to the historical record of Somers Postmaster 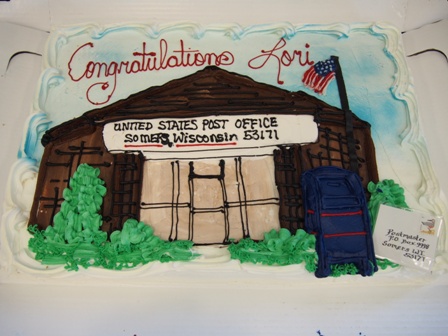 Cake served at the reception.  Cake by Oliver’s Bakery