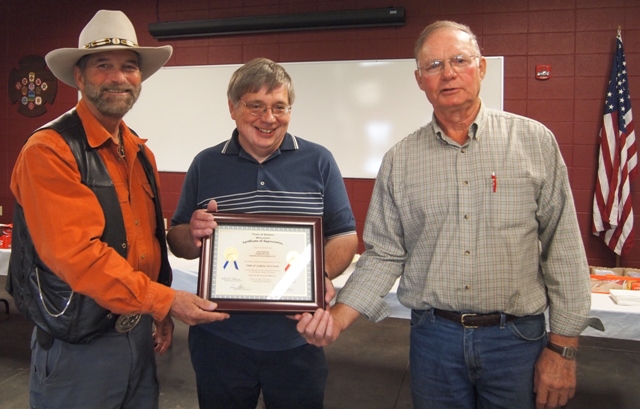 Darrell Borger, Chairman of the Somers Board of Fire Commissioners; John Sorensen, Retiring Interim Somers Fire Chief;  Ben Harbach, Chairman of the Somers Board of Supervisors
(Photo:  Jacqueline Klapproth Nelson)
On September 29, 2014, John Sorensen, Interim Fire Chief of the Town of Somers Fire & Rescue Department was the guest of honor at a luncheon celebrating his retirement.  Friends, associates, town staff, and members of the Town Board of Supervisors attended.

Sorensen has an impressive service record in the Town of Somers, serving residents for 29 years in various positions.  He joined the Somers Fire Department in 1985 and in 2000 was hired as a full-time employee.  In 2002 he was promoted to Captain and in 2003 he earned a another promotion to Assistant Chief.  “During my time with Somers, I do not think there was a year that I did not further my education in fire and rescue by taking classes or attending seminars.  As Assistant Chief, I was responsible for updating and writing policies and procedures for both fire and recue as well as writing and planning contingency plans for disasters or pandemics.”, said Sorensen.

Officially retiring from his full-time position in 2011, Sorensen looked forward to spending time on his favorite hobby of “Jeeping” with his wife and other Jeep enthusiasts in addition to volunteering time to his favorite non-profit organizations.  However, when called in 2013 to serve as Interim Chief after the retirement of former Chief Krause, he gladly agreed to again serve the citizens of Somers until a full-time Fire Chief was hired in September 2014.

On behalf of all the residents of the Town Somers, thank you John for your many years of service! 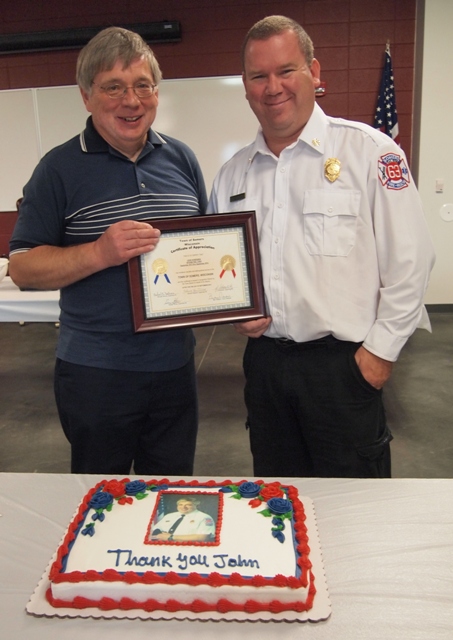