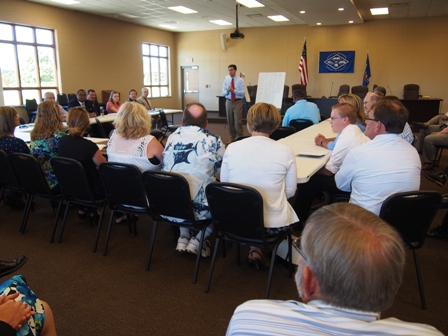 Governor Scott Walker held an invite-only listening session in the Leon T. Dreger Auditorium at the Somers Village/Town Hall on Monday morning, June 27, 2016.  When the Governor announced his 2020 Vision Project in January 2016, he said he wanted to hear from a diverse mix of people from across the state about what they think is great about Wisconsin and what they want Wisconsin to look like twenty years from now. This morning, standing in the middle of a horseshoe shape seating design in the Somers Village/Town hall auditorium, Walker had his marker and paper ready to make notes as approximately thirty invitees shared their ideas. 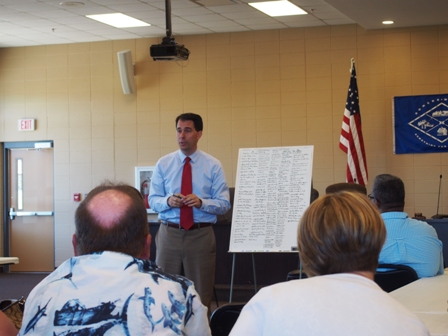 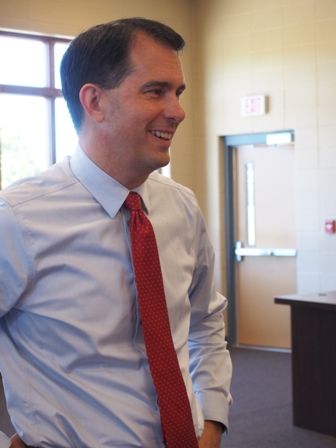