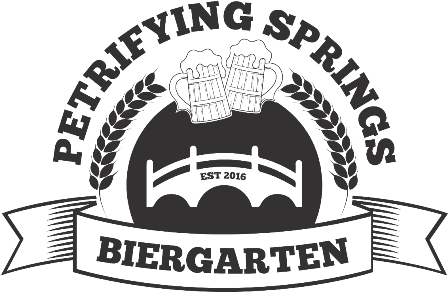 Jim Kreuser, Kenosha County Executive, announced that a new German-style “biergarten” (German spelling) will be established at Petrifying Spring Park, located in the Village of Somers.  The Biergarten, housed in a vintage picnic shelter across from the Carlisle Family dog park at the park’s south entrance, will be the first ever for a Kenosha County Park.

The Petrifying springs Biergarten will feature a full menu of German food, beer, wine, and other non-alcoholic beverages.  Weekly events are expected such as kickball leagues, live music, and movie nights.

The Biergarten is a joint ownership between Mike Grab, owner of Grab’s Burger Bar on 18th Street in Kenosha and Tony DeBartolo, the former owner of DeBartolo’s Deli and Liquor in Kenosha.  Approximately $130,000 in improvements are planned, including exposed cedar rafters and outdoor courtyard.  Grab and DeBartolo have a five-year lease with Kenosha County.

It is expected that the Biergarten will be open from noon to 9 pm daily from Memorial Day through October.  The goal is to open Memorial Day weekend 2017.