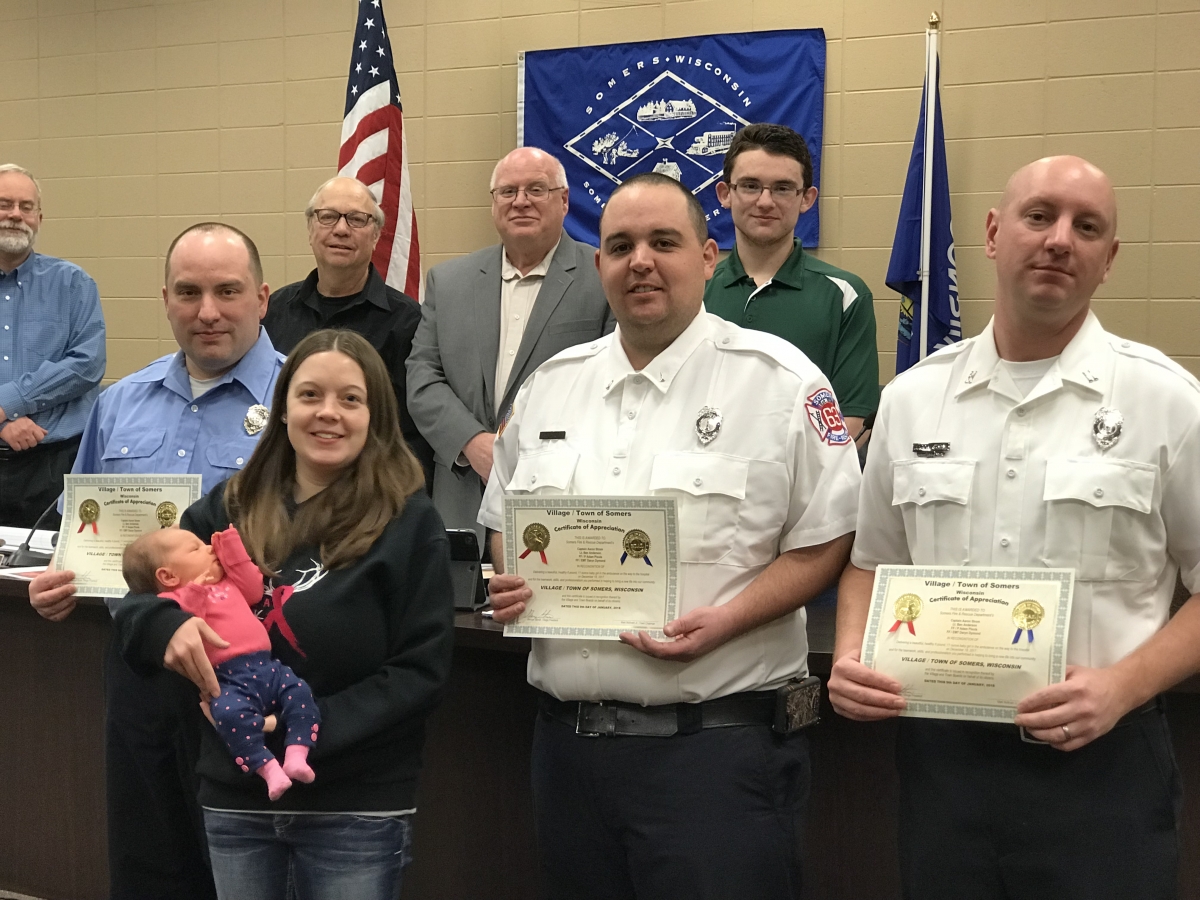 It is not unusual for rescue workers to receive calls for help at all hours of the day.  But, the 12:46 am 911 call on November 18 is one for the history books here in Somers.   Stephanie Schroeder, a Somers resident who lives less than a mile from Somers Station number two, went into labor about midnight.  That is when things started happening fast!

Somers Fire & Rescue Department’s Lt. Ben Andersen, Captain Aaron Strom, Firefighter/Paramedic Adam Pisula and Firefighter/EMT Daryn Dymond responded to a 911 call placed by Stephanie’s husband Brian.  Upon arrival, they discovered contractions were about 30 seconds apart and preparations went into high gear as the Somers ambulance team immediately began to prepare for the inevitable.  While Dymond drove the ambulance, Andersen and Strom tended to the mother-to-be, and Pisula prepared the OB kit and delivery.

Two minutes before arriving at Aurora, tiny and beautiful Willow Schroeder, six pounds, eleven ounces, was born at 1:15 am in the Somers Fire & Rescue ambulance.  Upon arriving at hospital, the staff at Aurora was ready to help the new mother and baby.

On January 9, the Village of Somers Board of Trustees presented a Certificate of Appreciation to Lt. Andersen, Captain Strom, Firefighter/Paramedic Pisula, and Firefighter/EMT Dymond, recognizing them for exceptional teamwork, skills, and professionalism performed as they helped bring a new life into our community.  Dymond was attending class and was unable to attend the ceremony.  Also attending the ceremony were the new mom and dad, Stephanie and Brian Schroeder, who proudly introduced Willow to all who attended. 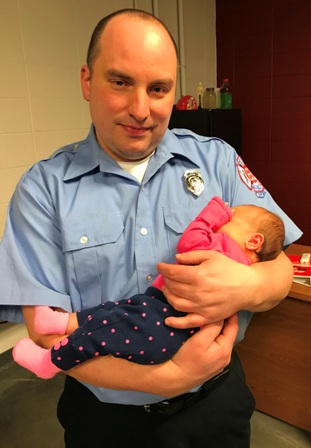 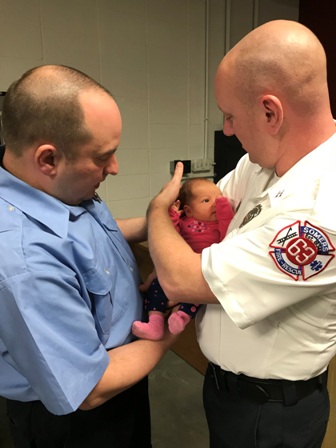 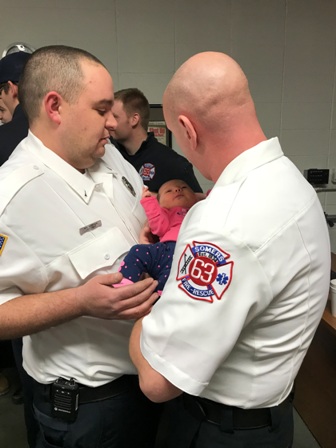 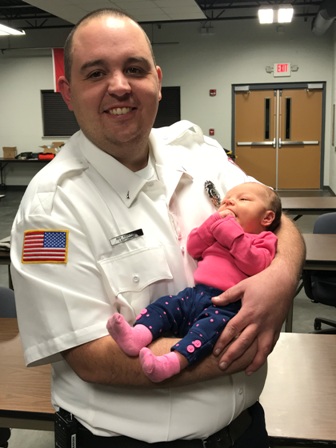 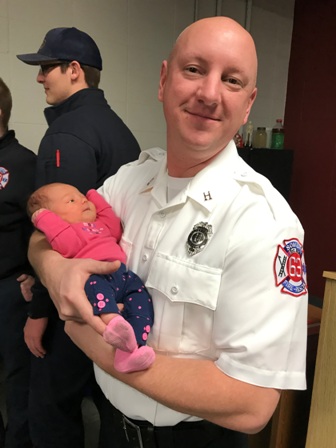